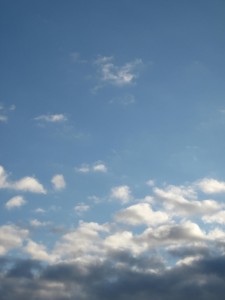 In 1973 Erica Jong wrote the feminist anthem, Fear Of Flying. The heroine, Isadora, though terrified of flying, boards a plane and her subsequent journey leads to a spiritual and sexual awakening that was the one of the first of its kind in print. Jong’s thesis is that the fear of flying is the fear of independence, of being free, of encompassing all aspects of ourselves as women. Isadora spreads her wings and jumps into her wild life, after boarding an airplane.

I have spent much of my life on airplanes. I’ve resided in 11 countries and visited dozens of others. As a child I wanted to live on KLM or Lufthansa. The delicious plates of food, the little cans of soda, in-flight entertainment, these were moments of childhood pleasure. The excitement of somewhere new just over the horizon, suitcases packed, room for shopping, foreign food to sample.

Every visit to a new place molded my worldview into a universal one, expansive yet encompassing, sometimes harrowing but always interesting. Yet all of the spiritual or astrological readings I’ve ever had has come with the response, “You lack grounding”, followed by advice to garden, put my bare feet in the earth, get my hands dirty. To which I would reply, “Yuck!” and flit off somewhere else.

Now at 31, as my earthy Virgo Rising comes to the fore, my fear of flying emerges with a vengeance.

A move to a new country inspires dread, a plane ride invokes panic attacks, my time up in the air is one long prayer to reach the ground not in a flaming ball of fire. Change gives me insomnia or nightmares.

Isadora never had a chance to live her life fully until we meet her in Fear of Flying. I, on the other hand, have lived many lives already in these three decades. I am shifting away from the sky.

My soul’s roots have made their way through my body, out my feet and have latched on to Prague’s cobblestone streets. I have had my time in the air, exploring corners of the world. My fear of flying signals my time to stay put, my time to understand how it feels to have wings while remaining grounded. At last.

How does the “fear of flying” shape your life?

This blog was inspired by Anastasia Ashman’s blog post, “Being Grounded is Overrated“, which was inspired by Rose Deniz’s “Mapping The Imagination“, which sparked the upcoming Dialogue 2010.

5 thoughts on “Fear Of Flying”