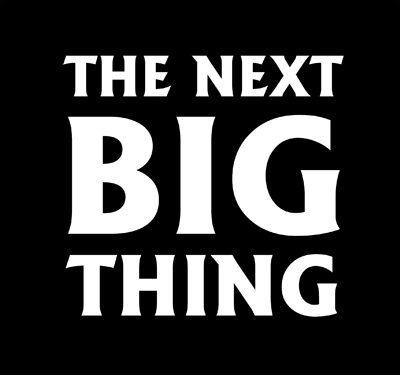 My feminist sister-friend Tammy posted “The Next Big Thing Blog Hop” on her website a few weeks ago and I was intrigued not just by her book — which sounds AMAZING! — but also by the blog ring. As many of you know, the second illustrated edition of my first novel American Monsters was released last year and I’ve been at work on its first follow-up. It’s been slower going than I expected, so reading about Tammy’s upcoming novel inspired me to do the same for my own work-in-progress.

What is your working title of your book?
Ah, this is a secret (and I haven’t fixed on one yet!), so let’s just call it American Monsters II.

Where did the idea come from for the book?
When I first published American Monsters Book I I decided to change the apocalyptic ending and make room for some survivors. However, when it came to the sequel I didn’t feel like writing another slasher horror/heady postmodern feminist treatise on violence against women. Been there, done that, have the scarred heart to show for it.

In the interim of my musings on how to frame Book II, my mother gave me a stack of Douglas Preston & Lincoln Child thrillers. As I worked my way through I decided to switch gears and to write American Monsters II in a similar action-driven style, but adding elements of hard-boiled crime into the mix. This time, instead of drawing heavily on the slasher genre and horror comics, the story is told from the perspective of law enforcement as they sift through the devastation of a horrific homegrown terrorist attack at a Halloween rave party. I basically went nuts from there.

What genre does your book fall under?
I would call it a crime-horror hybrid.

Which actors would you choose to play your characters in a movie rendition?
There are actually a couple hundred characters in this second American Monsters installment. Yowza! Many are bit players, but their brief encounters add to the sense of real-time crime/thriller writing as in the Preston & Child model.

Here are a few of my favorite new lead characters:

For Book 1 readers, a small taste of the survivors:

There are so many more so stay tuned!

What is the one-sentence synopsis of your book?
In the wake of the Crane Mansion Massacre — a massive explosion that took the lives of thirty thousand LA partygoers — Detective Atticus Red Feather, the LAPD, and the FBI work to uncover those responsible for the crime as well as the secrets of the few miraculous survivors, while a covert government agency called the Roswell Institute plots against them all.

Will your book be self-published or represented by an agency?
I haven’t 100% decided, but I’m thinking I’ll go the self-pub route as I originally did with American Monsters I. It’s so much more work, but at least I retain creative control.

How long did it take you to write the first draft of your manuscript?
I’m old-school in that I need to do oodles of research before I begin writing and I consider this to be part of the writing time for the first draft — two years. Then I managed a very rough draft during NaNoWriMo in 2010, which turned into an outline for not just Book II but also Book III. Earlier in 2012 I finally sat down and finished a second draft that’s in working order. So…it’s taken about four years so far. And counting.

What other books would you compare this story to within your genre?
You’d actually be better off comparing this to television crime-horror hybrids like Angel, Fringe, Supernatural, and even The X-Files. I’m a visual person so there are also bents from popular straight crime shows like Cold Case, CSI, and Law & Order SVU.

The closest two books in this crime-horror hybrid style would be The Relic by Douglas Preston and Lincoln Child, and The Black Dahlia, by James Ellroy.

Sort of similar works would be Thomas Harris’s Hannibal Lector series, The Millenium Trilogy, by Stieg Larsen, Cody McFayden’s Smokey Barrett series, and the Deadline series by Mira Grant, about a group of bloggers covering the post-zombie apocalypse.  It’s also got feminine shades of Raymond Chandler’s brand of hard-boiled crime.

Who or what inspired you to write this book?
My mother, first of all. She’s the one who gave me the Preston & Child library that got my brain thinking in a framework outside my horror obsession. And secondly, my college advisor Jeff Tobin, who found that the ending to American Monsters I was a waste of all the work put into creating such nuanced and theoretically-crafted characters. It was really fun to literally excavate my monsters from the rubble in which I left them. I felt like Indiana Jones. It was brutal work, but sort of awesome and kickass.

It’s also my personal challenge to write something that’s palatable to a broader audience. I just couldn’t bear to do the kind of soul-rippage that was required of the first book. I’ve done my experimental work, now I’d like to work within more established frameworks, just a teensy weensy little bit more than I’ve done in the past. Dude, the experimental stuff is SO MUCH easier! 😉

What else about your book might pique the reader’s interest?
Even though this book picks up right where Book I left off, it’s written with first readers in mind, and especially those who can’t stomach the more extreme incarnations of the horror or crime genres, hence why they never read my first book.

However, in excavating the characters I discovered some amazing back stories and even new powers held by the survivors. So, there’s still lots here for those who (THANK YOU! LOVE YOU!) actually did make it through the first American Monsters.

So far there are four more installments in the mix: Book III taking place in Prague right where Book II leaves off; Book IV’s main action is on Pine Ridge Reservation 10 years after the initial trilogy’s events; and Book V focuses on a world in which Norma Jeane Baker, aka Marilyn Monroe, still lives. Each book will be written in a distinct style, though all the stories are linked.

Oh, and one of the original American Monsters is Marilyn Monroe’s daughter. For serious.

You can check out my visualizations of each of the five books on Pinterest.

In the spirit of The Next Big Thing, I’d like to introduce you to these amazing writers and soul sisters, all working on fascinating works-in-progress.

A message for the tagged authors and interested others:
Rules of the Next Big Thing
*Use this format for your post
*Answer the ten questions about your current WIP (work in progress)
*Tag five other writers/bloggers and add their links so we can hop over and meet them.
Include the link of who tagged you and this explanation for the people you have tagged.