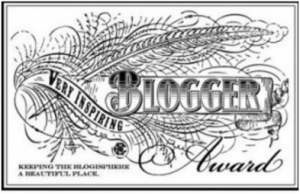 For the first time in years it really feels like a new year. Moving from the previous Mayan calendar into the next has had a huge soul impact on me and my hope is that this year my posts will have a different bent. More whimsy. More pretty. More fun. Not for any other reason than I feel like a door closed and the new window that’s opened is filled with pixie dust and unicorn pee, which is magical and lucky stuff to have around, like when a gecko drops its tail on your head.

One of a handful of great things that happened in 2012 was that I won my first ever blog award in December — the Very Inspiring Blogger Award! WOOOOOOT! (Although, since I’ve been blogging since before there was even a word for it all the way back in 2003, it did give me pause that nine years later do I get my first award….What am I doing wrong?! Don’t answer that. I know what I’m doing “wrong”, I talk about things that make others uncomfortable. That’s my role, it’s what I do, I’ll never not do it. And who cares? I won an award regardless.)

So let’s talk about the woman who nominated me: Tammy Salyer. Full disclosure — Tammy and I are separated-at-birth-long-lost-feminist-twin-sisters. Or SABLLFTS. If you say it like “sablefoots” it sounds really cool.

Tammy found me on Twitter and when I saw she had a page on her website titled “The Feminist Mystique” I knew we were onto something. When she joined the ranks as one of the few women brave enough to publish a review of my book, a feeling of long-lost-sister love grew and keeps on growing.

Since it falls upon my tattooed shoulders (did I mention that Tammy also has symmetrical tattoos on her shoulders? I told you we were long-lost sisters!) to nominate the next round of Inspirational Bloggers, Tammy is #1.

Have I told you about Tammy yet? Oh, right, I just spent the last ten minutes talking your ear off about her. I could keep going, but you get the point. She’s fucking awesome. Follow her on Twitter, buy her amazing novel, read her brilliant blog.

And wouldn’t you have it that I was nominated a second time just last week for a Very Inspiring Blog award by Jessica Martin over at Red Hot Writing Hood! When it rains it pours! She’s a fabulous writer and artist, be sure and check out her stuff, too!

The next nominees are (in alphabetical order by first name):

Catherine Bayar is an incredible textile and fabric artist who also happens to be an amazing writer reflecting on her cross-cultural marriage and making a life for herself in Istanbul, Turkey. She’s “originally” a California girl. Her fictional memoir should be out sometime in the next few years.

Catherine Yigit is a Druid Priestess in the body of an Irish mum living near Troy in Turkey. Cathy’s lyrical prose is magnificent, and her recent spate of reviews of Turkish literature (did I mention she speaks and translates Turkish! WOW!) have made me want to get back to reading.

Judith van Praag is a wonderful painter and writer who often talks about history, especially family history, and how it intersects in the present in her blog Hope Filled Jars. She has a rich trove from which to inspire her, as her parents and family are a truly fascinating bunch.

Kiri Westby is a human rights activist who has spent much of her adult life working in war zones around Asia and Africa. Her great passion, though, is the Free Tibet movement, and she is a fearless fighter for Tibetan freedom from Chinese oppression. Her Huffington Post blog features spotlights on human rights activists all around the world. Not only that, her pieces always have several things that *you* can do to help the cause. Not just inspirational, brilliant.

Lidia-Anain is a sex educator and mum, who also happens to be a great writer. Her blog posts are honest, real, often soul-ripping. She’s the first woman I know to come out publicly about being raped. Talk about inspiring. This woman is one of my great heroes.

Lillian Connolly is an artist, writer, mom living in Santa Fe. She’s new to the blog scene, but she inspires me with her dedication to write and post (a few times a week! I can’t manage even once a week, and I’m not chasing around a little screaming creature!), but also her amazing paintings and collages.

Liz Cameron often writes from the perspective of Karagoz Puppets, a feature of Turkish shadow puppetry, who have all measure of opinion on her life, love, and survival modes. Her writing reminds me of Janet Fitch in White Oleander. Dense, moving imagery that certainly fits in with the idea of shadow puppets narrating her life.

Rose Deniz blows me away with her lyrical prose. Every time Rose publishes a blog I feel like I’ve returned home. It’s a feeling that was once only reserved for my time with Sai King. She’s like Gilmore Girls, capable of making you laugh while you’ve got tears streaming down your face. And she too has a book that’s coming out….any day now. I’m on pins and needles for it.

Sandra Gea Guevara has only been blogging for about a month and already her work makes my jaw drop regularly. Sandra is a poet, a collagist who makes some of the most remarkable collages I’ve ever seen in my life. And now she’s trying her hand at some magnificent fiction. She’s definitely one to watch. I finally convinced her to put a subscribe by email button on her blog.

Silvana Mondo writes about travel, culture, fashion, and other fae things that take her fancy. She also makes amazing portraits that I’ve often featured in my sideshow.

Last, but certainly not least, Stacey McKenna’s An Anthropology of the Familiar blog is brilliance personified. Medical anthropologist herself, Stacey explores everything from hospital visits to buying a house from an anthropological perspective. My cup of tea with a shot of rum in it.

I hope your 2013 will be filled with all the insights and wonder that these ladies provide me, and here’s to a spectacular new year for us all.

P.S. As an honoree, here are the steps for joining the Very Inspiring Blogger Award/Very Inspiring Blog rolls:
1) To thank and link the blogger who has nominated you.
2) Then post the award logo to your blog.
3) Write a post on the nomination and nominate other very inspiring bloggers.
4) Notify them and then tell seven things about yourself.

P.P.S.
Seven things about me you probably don’t already know:

1) I am a huge fan of Jackass. Major. I’d like to join their crew, in fact. My talent would be kicking the guys in the balls. I don’t think there’s anything funnier in the world than what a guy looks like after a good, solid hit to the cojones. My name would be Nutcracker. Boom.

2) When Ryan Dunn, my favorite member of Jackass, died I cut a lot of my hair off. Problem was, I had my waist-length hair in a side braid and I just cut the braid off. Result was hair very short on one side swooping down into the original length. I called it my Jackass hair. It made people laugh. Ryan would have appreciated that.

3) I’ve adopted a Lakota tradition in which I cut my hair when someone I love dies. 2012 sucked. I had a fucking bob. Shortest my hair has been since Wendy’s death. A lot of people I loved died. RIP Whitney Houston, Maurice Sendak, Ray Bradbury, Ravi Shankar, Michael Clarke Duncan, Tony Scott, Adam Yauch, Donna Summer, Carlos Fuentes, Etta James. But Whitney was the kicker. You can read about my mourning locks here.

4) My husband introduced Jackass and I. Being the sometimes horribly judgmental bitch that I can be I had looked down upon the show for years, thinking it the lowest-brow and most pathetic of humors. One in many lessons of judging something before you watch: I loved it. I never knew how much I enjoy guys getting hit or kicked in their privates. I have literally peed myself laughing so hard, which of course makes us laugh more. Basically, I don’t give myself the freedom to really laugh. Jackass changed that. In fact, just writing this I’m thinking about my favorite scenes and laughing like a loon. It’ll be a nice change for my hubby, he usually comes home and I’m curled up somewhere crying. Jackass FOREVER!

5) Being a tattoo collector, and the occasional judgmental bitch as you’ve learned, I think tramp stamps are the worst. However, I do have an idea for a Mexican zombie sugar-skull inspired Jackass logo (cracked skull and crutches crossbones) that would be strategically placed in my lower back area. This is in the spirit of Steve-O’s tattoos: to make people laugh. It may very well be the first ever ironic tramp stamp in the history of tattoos. In that case, bring it on!

6) I have another idea for a tattoo that would be a Frida/Gaga-inspired mermaid gauntlet on my right forearm. I’m waiting until I’m older to get that one done, I still have no idea if I’ll one day soon have a job outside the house.

7) When I was a little girl I used to swim and pray to the gods, “Please make me into a mermaid.” Truth be told, when I go swimming even now, I have that same prayer. 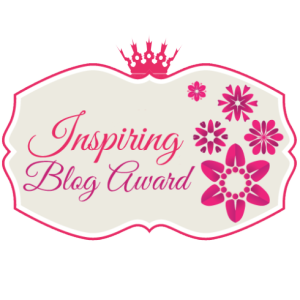 10 thoughts on “Award Season Is Upon Us”