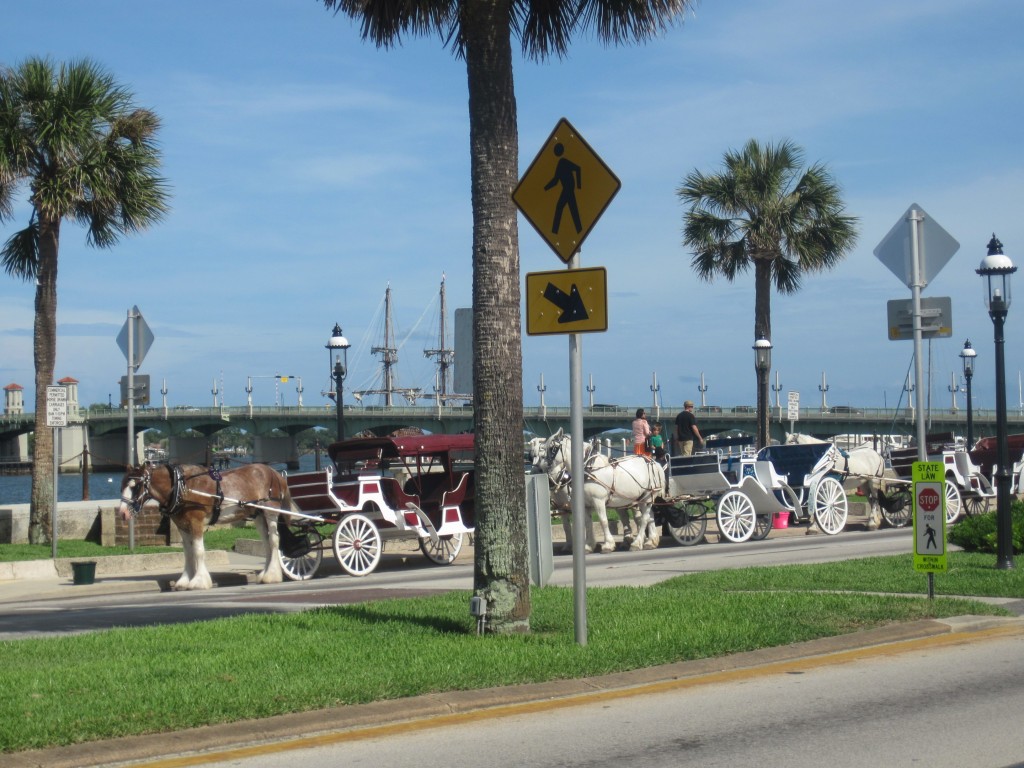 You’d never know from looking at it that St Augustine, Florida was the first site of one of the largest genocide projects our planet has ever seen. Officially founded in 1565, the city is the oldest continually inhabited settlement if the fact that the Timucua Indians had been there for thousands of years longer doesn’t factor into your figuring.

Now, St Augustine is a mock Spanish-style city filled with tacky tourist shops, odes to pirates and piracy, as well as housing a university and a very well-known school for the deaf and blind (alumni include Ray Charles).

The city limits also include the site of the original landing of mass murderer Juan Ponce de Leon in 1513 on his quixotic quest for the famed Fountain of Youth, a natural spring around which the Timucuan had been living and thriving until his arrival. 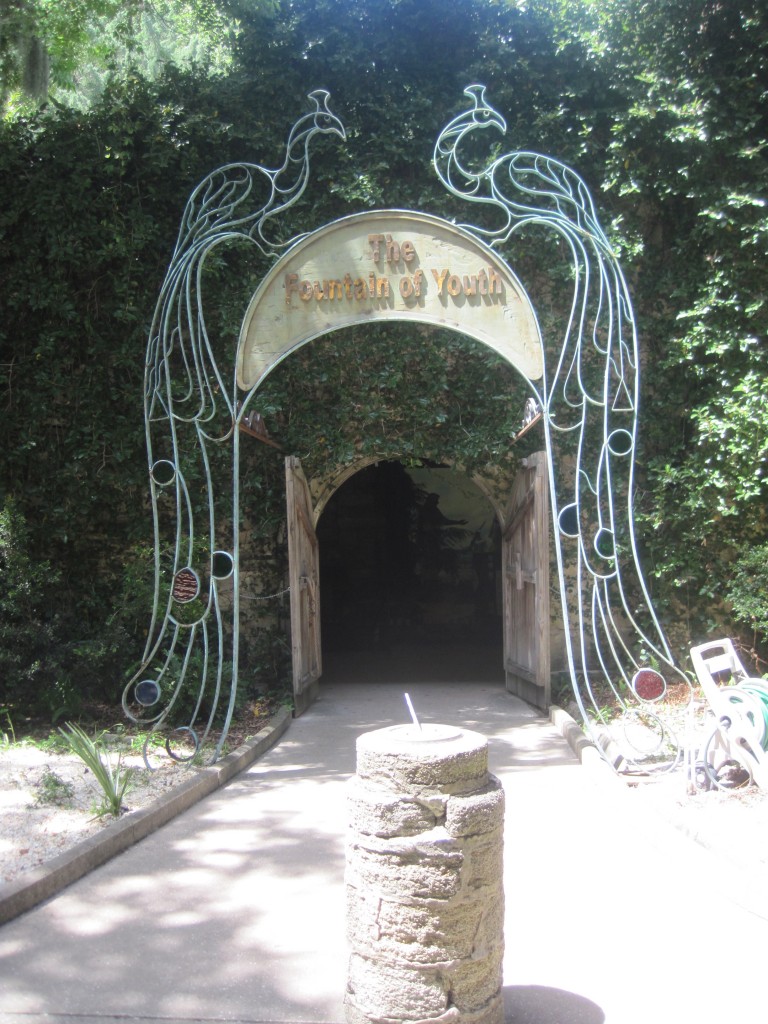 My personal history with the city goes back to 2005 when I was enlisted by Mars Inc for a history of chocolate in America project. I lived in Seville, Spain at the time and worked in the Archive of the Indies poring through old documents looking for any and all mention of chocolate, my task to find the earliest mention of cacao entering or leaving the United States. (The year was 1641.)

During my year of research I came across hundreds of letters from or about Ponce and following settlers like the pirate Menendez de Avila, Robert Searle and others in which the horrific atrocities committed against los indios were described with chilling matter-of-factness. Massacres, mutilations, the kidnapping of Timucuan woman given as gifts to the crew as sex slaves, and more massacres and more torture. Abhorrent. The few documented cases of the Timucua fighting back against the interlopers made me cheer inside. But their efforts were mostly in vain, and within two hundred years the Spanish genocide project succeeded and the Timucua, along with all the other indigenous groups in the area, were wiped out.

Exterminated. Decimated. As in, there are NO descendents of the rich Timucua tradition because their ancestors were all murdered.

Take a moment and let that thought sink in.

I’d wanted to visit St Augustine since uncovering its history and finally this year I had occasion to. I’m not sure what I was expecting. I suppose memorials to the genocide that took place there. Acknowledgement of the transgressions of every nation that plundered the land and people and claimed it for faraway governments. Recognition that in the course of creating this now tourist trap an entire culture had been wiped out.

Instead, all I got was some of the most whitewashed history I’ve ever had the displeasure of hearing. The heroic Ponce de Leon, intrepid explorer! The brave Pedro Menendez de Aviles, captain of the high seas! The dread pirates Robert Searle and Sir Francis Drake! How romantic! And look! The new pirate museum that features memorabilia from the movies The Goonies and Johnny Depp’s sword from Pirates of the Caribbean! The first Ripley’s Believe It Or Not Museum! The first ever concrete building in the United States! The luxury hotel where the Rockefeller’s would spend the winter months! It has an open air swimming pool!

At one point the tour guide mentioned the “Carlyle School for Gifted Indians”, which in reality was one of many assimilation projects to “westernize” the indigenous populations by violently stripping them of all their culture by any means necessary and “for their own good”. For a great deal of my time in St Augustine I was sick to my stomach, convinced I would faint or throw up, so chock full of haunted is the place. 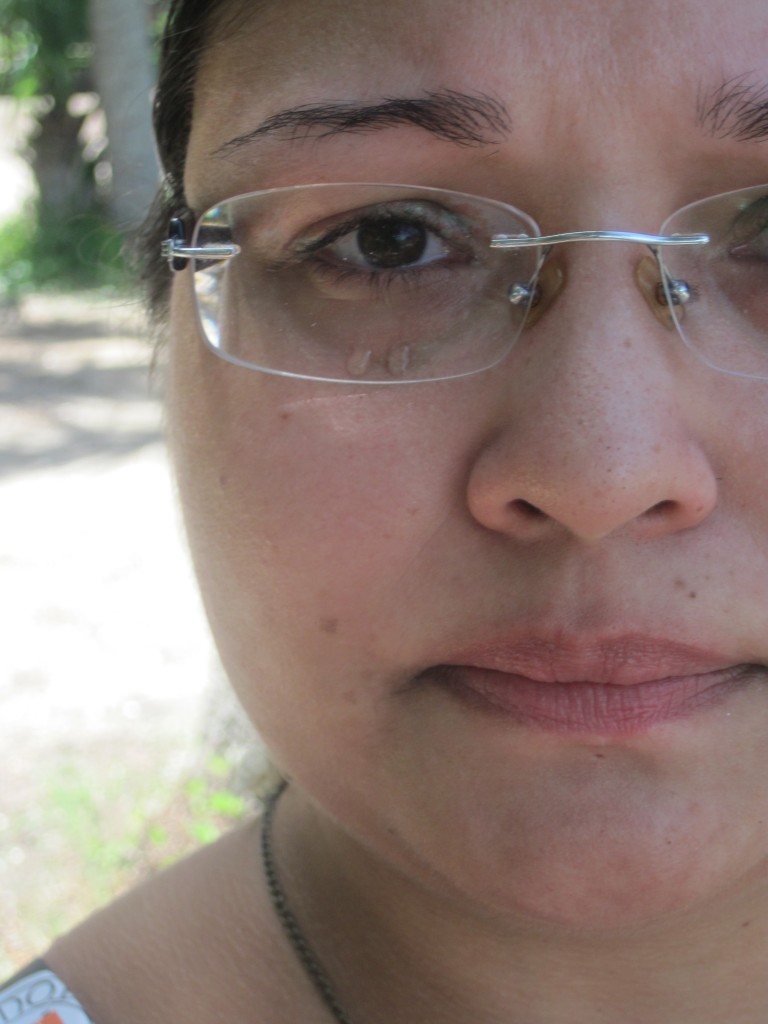 Visiting the original site on which Ponce de Leon unfortunately landed laid me out with a grief so overwhelming I finally broke down and wept. That was the place that marked the beginning of the end for many indigenous peoples throughout North America. It’s the place that literally changed the face of this land.

But unlike many other places in the west upon which mind-boggling torture, murder, rape and genocide projects took place, there is no solemnity at the “Fountain of Youth” site in St Augustine. It’s as if the designers of Las Vegas decided to put a low-key theme park on Auschwitz. People eating ice cream, shooting off a canon every couple hours, kids running around and playing, made in China kitsch with a mass-murderer’s face on it for sale in the gift shop from where you exit the park.

By chance, I had sage sticks with me. I burned two bundles, smudging the entire site, an indigenous rite for cleansing bad and haunted places, clearing out negative energy. It felt like such an insignificant gesture in the face of the trauma I felt all around, but that gesture and my tears was all I had to offer in penance for those who to this day have never made reparations for their crimes.

Without the sage the weight of grief that crashed into my soul would have broken me. And while it was boiling hot and Florida humid, I would feel gusts of cold air all around me. Spirits of the long dead abounding.

The only part of St Augustine that went towards redemption was the fact that Dr Martin Luther King Jr — on what is now called MLK Drive — stayed there for a night just weeks before he was gunned down and led a march through the city.

I was glad to have gone and finally witnessed the place where American horror began. I was also glad to leave and know that the memory of the pain is enough so I never have to return.

We are all related.

And to the US Government: Honor the fucking treaties.