Two weeks ago I was in one of the darkest and deepest pits of despair and depression I’d ever felt in my life. The previous time I felt so utterly distraught was also the last time I lived in the USA in 2002 and it resulted in an ugly hospital stay. Approaching October is always a hard time of year, being itself a trauma trigger, but repatriation to the country that caused the breaks in my life was making it all the worse.

Being in such a dark place is an out of body experience. You drift and look down at yourself all pathetic, but with no way to lift yourself up. You also see the people around you — namely my husband — and all the things they’re doing to try to help, but none of it works.

In the midst of that horrible time I watched the 2013 MTV Music Awards, which became my introduction to Robin Thicke and his song Blurred Lines. At first I was more troubled by Miley Cyrus’s racist performance, but the lyrics to Blurred Lines got stuck in my head. “I know you want it/ You’re a good girl.” The lines kept me up at night, like a mosquito bite in the middle of your back you can’t reach. I was already suffering from a two-week bout of PTSD-related insomnia, the last thing I needed was those rapey words clanging around my head.

I stumbled into my library in the dark and scribbled down the notes, sure that my editor at Sociological Images, Lisa Wade — for whom I’d written a well-received piece on the fake Harlem Shake — would be interested. She was.

Sleeplessness continued to plague me until I spent an entire day looking through Project Unbreakable (threw some stuff, yelled, Googled to see if castrators actually exist because I was going to buy one) and curating images that paired with Robin Thicke’s disgusting song. There were so many corresponding images it made me physically sick.

Writing the piece was like pulling teeth. Now I had all these images of rape survivors bouncing around my head. I felt I owed them justice for every time they heard that “song of the summer” and had flashbacks. I wanted everybody who read my piece to no longer be capable of listening to the song without thinking about those words as things rapists say. I wanted to press the universal stop button and shut that piece of shit rape anthem down.

Lisa warned me not to read comments as rape apologists come out of the woodwork like nobody’s business. She also said other publications would probably pick up the piece. She said she saw it going big. Me, I just needed that song out of my head.

On September 17, 2013 the article went live under the title “From the Mouths of Rapists: The Lyrics of Robin Thicke’s Blurred Lines”. Within 2 hours it had more than 2,000 Facebook likes on the original post. In 10 hours, 16,000 likes.

In 24 hours it reached 36,000 likes and had been picked up by Al Jazeera, Jezebel, Feministing, xoJane and Ms Magazine. Ms Magazine subsequently invited me to be one of their new bloggers. My editor at Ms told me there were 20,000 hits just in 12 hours.

In 36 hours the article reached 50,000, and Pacific Standard, Think Progress and Buzzfeed had picked it up. By 60 hours after posting, on September 19, we were at 100,000. The next milestone was 150,000 reached on September 24. The number continues climbing at at the time of publishing this blog on October 2 was up to 165,000 Facebook likes. But these figures are only for the original piece. I don’t have access to all the other numbers.

Is this what it means to go viral? 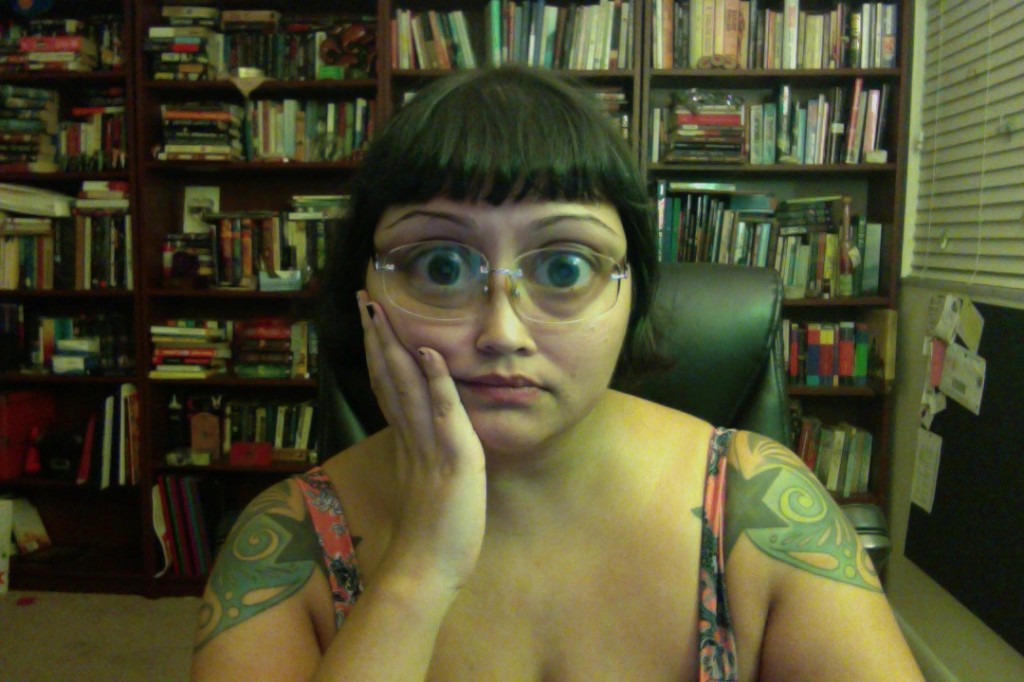 I received dozens of messages from rape survivors thanking me for the piece and making it easier for them to explain to people why the song bothered them so much.

British, Swedish and Australian media also picked up the article.

Inspired by my article, a clever Tumblrian put screen grabs from Thicke’s video next to the Project Unbreakable testimonials, and the result is even more disturbing than my piece.

I heard that discussions on various websites were ferocious and polarized — people who agreed with my analysis versus Blurred Lines defenders claiming the song was about cheating on a partner, not rape.

At this point my article’s reach is so extensive, I have no idea where else my words and ideas ended up.

Who ever would have thought that something I wrote in one of the worst moments of my life would end up becoming something of a global event? Not to mention an event with positive repercussions that would drag me out of my pit of despair? I’ve been reading Ms Magazine since I was a baby feminist and now I’m one of their bloggers. WOW.

Rock bottom has its benefits: it gives the Universe a chance to take the reins and get one back on track. Okay, Universe, I hear you. I’m supposed to write and keep writing and when I’m done write some more.

It’s been two weeks and I’m still rather in shock about the whole thing.

A minor brush with “fame” or notoriety is enough to show this empath that constant public scrutiny is not a life I could maintain on a regular basis. Thankfully the worst I was called to my face was an idiot. My favorite personal attack was that I was a feminist prude who wants to take the fun out of everything. So, it could have been so much worse, especially with such a contentious topic.

I realized that in spite of living in a provincial-minded Florida beach town, meaning is what *we* make of it, and even from this village of 10,000 my voice can have a global impact. After almost two years of repatriation, I finally feel I have a future in the USA. I think there’s a reason why I’ve ended up back in America, and I’m looking forward to seeing what else this place will hold.

My great thanks goes to Sociological Images and my fabulous editor Lisa Wade for featuring my article and promoting it so extensively. This experience has been one of the highlights of my life, and may we share more together in the months and years to come.

My gratitude, admiration and respect to the founder of Project Unbreakable, Grace Brown, and all the brave women and men who’ve participated in her empowering exhibit. Here’s to healing and ending rape culture once and for all.

A huge thank you to Al Jazeera, Ms Magazine, Jezebel, Feministing, Buzzfeed and all the bloggers and journalists out in the wide world who covered this story and extended its reach.

And to Robin Thicke and his fellow sexist pigs: Go fuck yourselves with your blurred lines.

P.S. If you’re of the camp that Blurred Lines isn’t a rape anthem, here’s Robin Thicke talking about how it was a pleasure to degrade women and here’s more evidence of the rapey nature of his whole album in an iTunes Festival review. That’s all I’ve got to say about that.

P.P.S. I wrote this post before the US government shut-down on account of racist Republicans who want to continue depriving American citizens of basic health care. Now I wonder about *anyone’s* future in this country.

3 thoughts on “The Story Behind the Story: Blurred Lines, Project Unbreakable and Going (Moderately) Viral”