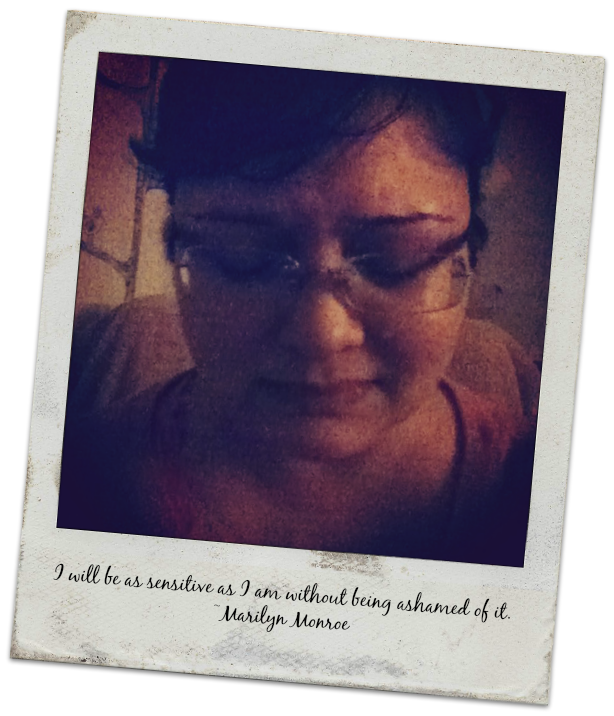 One year ago on April 4 the universe gave me the most beautiful gift for my birthday, and it came in the form of a television show called Hannibal, a work of art that introduced me to the truth about myself: that I’m an empath, a highly sensitive person, and an introvert.

How could I not have known such fundamentals about my own self?

For most of my life when my true nature would emerge I was berated as if there was something pathological about being so sensitive. I was usually called crazy whenever I would express the ethereal things I instinctively know about people and places. I heard the words “What is WRONG with you?” more times than anyone ever should. There was nobody like me in my family, you see, and it’s always easiest to vilify the one who’s different; this seems to be true across the board.

As a result I internalized the word crazy and became convinced that there was in fact something wrong with me. I stopped trusting my instincts, writing them off as whatever madness I have, and second-guessed everything I ever did, leading to some horrendous decision-making, some of which haunts me to this day.

Throw into the mix that because I was raised a Third Culture Kid—country and school-hopping in faraway lands during my formative years—I was forced to become an extrovert even though it never felt and never was natural to me.

Since April 4, 2013 and the start of my incredible journey of self-discovery, everything has changed:

The first thing to go was my connection to all the toxic voices bouncing around my head telling me I’m crazy. I put that shit in a grave and gave it a headstone: “Here lie all the assholes who called me crazy. Eat crow, motherfuckers.” Every once in a while those jerks crawl out like zombies and I unapologetically take Michonne’s samurai sword to their heads.

I’m not crazy and there’s no such thing as too sensitive.

The second, and more painful thing, was realizing the truth about my relationships with people, and most especially several who were particularly close. I came to understand that because of my lack of self-awareness and the desperation to connect with people that comes with not knowing who I was, I had in fact been entrenched in a number of toxic relationships simply because I refused to accept the truth about them.

My Goddess, that second step of empath actualization was H.A.R.D. So many tears, so much anger, so much disappointment, poured from my eyes.

I took the time to grieve for all of those faux relationships. Years of those! I cleared my slate. I allowed myself to open up and see things for what they are, not just what I hope they will be. I made myself available to experience honesty in sharing in a way I’d never been able to before out of fear.

I began accepting myself.

Not surprisingly, creativity in the form of paintings, collage, and photography poured out of me. I made over 100 pieces of art last year after realizing the name for what I am is empath, and that creative fount has not abated in the least.

I suppose this is what you call connecting with one’s source of power, and mine exists in my extreme sensitivity. 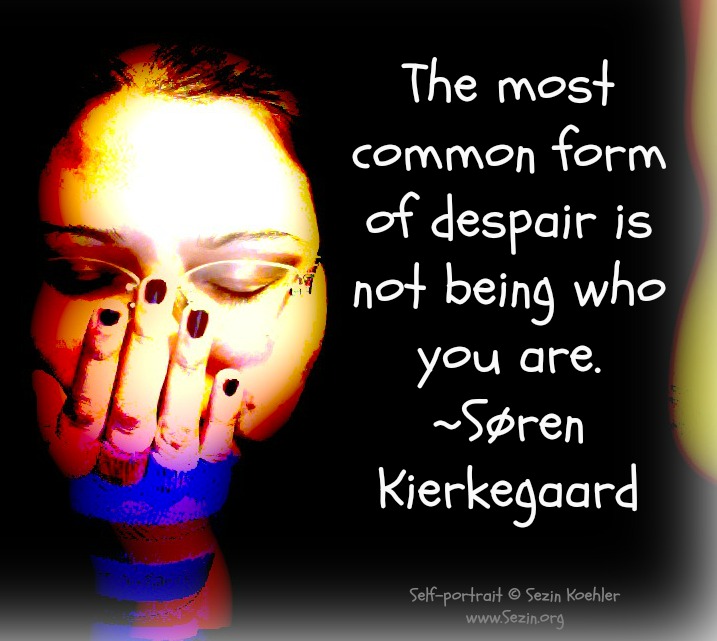 I began to wonder what I would have been like had this gift been nurtured from childhood instead of all the years of attempts to bully the sensitive soul out of me. More tears, more anger, more disappointment, poured from my eyes.

As I was integrating the truth about my empath self and learning to trust my instincts I made some more bad decisions because damn, 30+ years of second-guessing oneself is really hard to get over. It’s one of the reasons I ended up with the still-ongoing tattoo nightmare.

Almost every day in this year I have sat with myself and worked to release all these decades of pent-up anger at all the people who helped dismantle my trust in myself and my ability to accept my own truth.

Seven hells, it has been a tough year.

But it has also been the most beautiful year of my life.

I know who I am now, and for the first time ever I don’t just like myself, I’m actually starting to love myself.

I love that a flower or one of those phenomenal final dance scenes in the Step Up movies will move me to tears. I love that I can shake someone’s hand or even just be near and know things about them and what they are going through, if I choose to. I love that I am able to feel so deeply, and feel so connected to the soul realm of this universe as well as the physical world around me. I love that even though so many people tried to make me into what they wanted, they didn’t succeed. I love how strong I am to have survived with my empath mostly intact, and I’m getting stronger each day.

And because I finally know who I am, accept myself, and love myself, I am finally learning how to control this gift as well as protect myself.

I don’t watch the news, and I don’t talk about politics anymore. If I’m forced to do these things I detach and my barriers go up. I will not spend time with toxic people, no matter who they are and what relationship they are to me. If I’m forced to be around poison folk my fortress goes up, and doesn’t come down until I’ve smudged with sage.

I’ve stopped judging people because I no longer care if they are judging me, calling me crazy or whatever in their heads (I can hear that shit, man). I’ve stopped giving unsolicited advice because I don’t feel the need to take it upon myself to fix things in which I’ve not been invited to meddle.

I finally have walls, and windows, and doors, and I’m now vigilant about who is allowed a space inside my heart and soul. That ridiculous Third Culture Kid reflex of instant intimacy is gone, baby, gone. And good riddance.

In a way I feel like my empath journey also lead me to getting my body in order, and I continue feeling fantastic with my amazing regime of green juices and smoothies.

I have never been this happy in my life. In fact, I never knew it was possible to be happy for no reason. Even on bad days I feel joy bubbling from inside me. I am constantly moved to tears from all the happy, the sad, the everything of being, and I am not ashamed to admit it. I’ve always lived in the rawness and now instead of hating myself for it, being sure something is wrong with me, being embarrassed by it, I embrace it.

The outgoing personality I developed as a Third Culture Kid is not me. Extroversion is the mask I wear when in uncomfortable situations so that nobody knows I’m miserable. It’s a useful tool, but one I’m relying on less and less. And I feel sad that so many people only know me for that most superficial of characteristics.

Like most empaths I have spent years self-medicating with alcohol, and that time is coming to an end due to some unfortunate genetics: diabetes runs in my family and my alcohol use has increased the glucose levels in my blood. I’m not close to being even borderline diabetic, but if I don’t make changes it’ll happen sooner than I think.

Thus, this new year will be a different kind of adventure in self-discovery, and a new level of accepting and developing this beautiful and challenging gift instead of being overwhelmed by it and needing numbing agents.

Thank you, Bryan Fuller, for your beautiful work with Hannibal that has changed my life. And on my actual birthday, no less. You have brought me a measure of peace I never in a million years imagined I would feel in this lifetime. I owe you a huge debt, Sir, and to you I will forever be grateful.

And by the way, Mr Fuller, along with a green burial my living will now includes permission to harvest bees in my cranium. Hashtag EPIC. 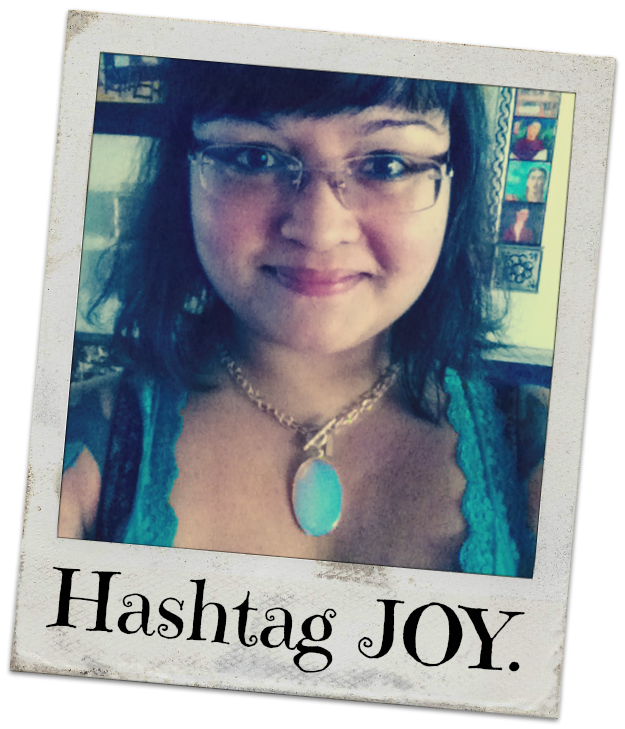 You can read my first confessional on Hannibal and empaths here.

One thought on “My Empathversary: Or How Bryan Fuller Changed My Life”