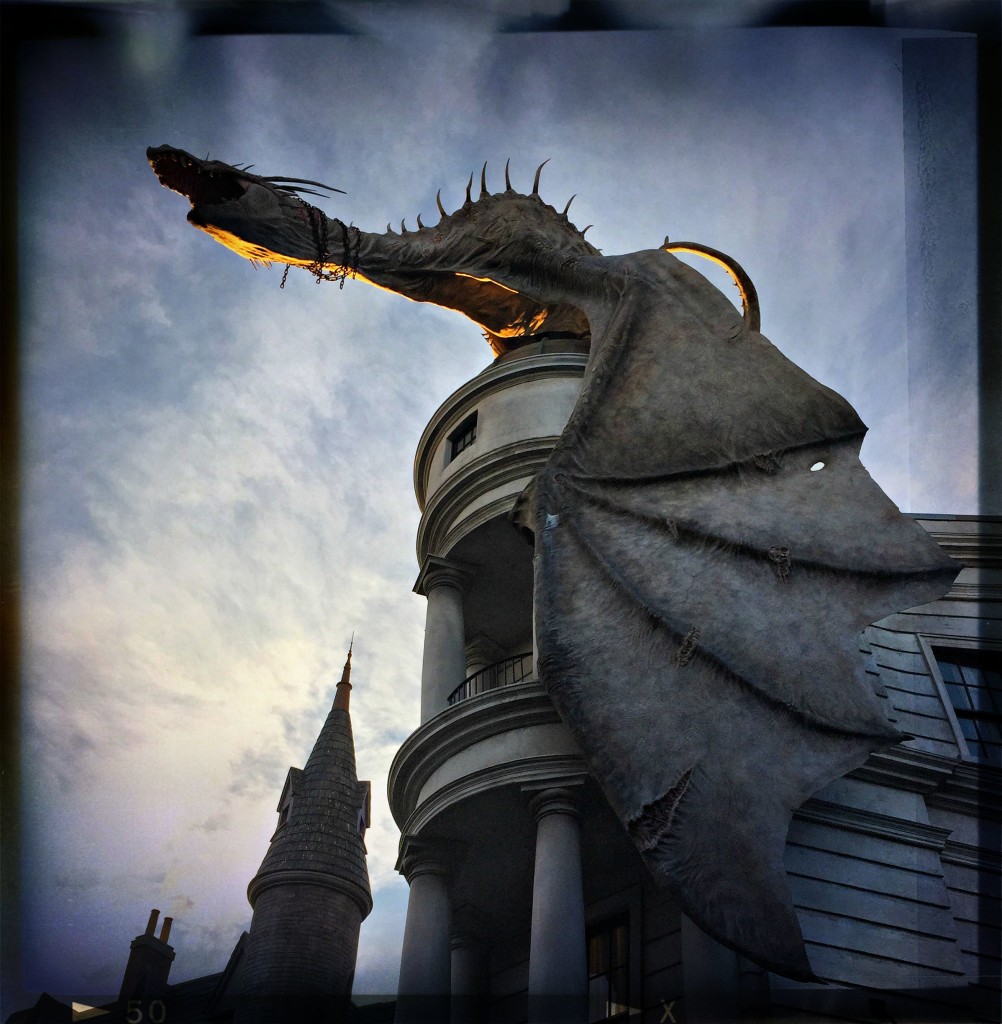 *This is a work of fiction. Names, characters, businesses, places, events and incidents are either the products of the author’s imagination or used in a fictitious manner. Any resemblance to actual persons, living or dead, or actual events is purely coincidental.*

Some thirty-odd years ago—because it’s quite rude to reveal the age of a woman without her permission—there was a baby named Zuzu born to Belladonna Malfoy and Alfred LeStrange. Baby Zuzu had skin the color of unpeeled raw almonds, chocolate colored eyes, and pitch-black hair with one white streak, just like her father. Bella and Alfred were very much in love, and in turn their love grew at the birth of Baby Zuzu, who was one of the happiest children ever born in the Wizarding world, so claimed the midwife.

But she wouldn’t remain happy for long.

While Bella Malfoy and Alfie LeStrange were both legacy Slytherins, they did not follow in the dark footsteps of their parents or the majority of their brothers and sisters. Bella and Alfie were kind, generous, and creative, qualities eschewed by many Slytherins at that time which often made them walking targets of many a hateful action from all Hogwarts houses alike. As the Death Eaters began their rise to power, Bella and Alfie both refused to join, their sensitive souls incapable of the kind of violence the Death Eaters had in store. And so, while Zuzu was not even six months old, Bella and Alfie were murdered in cold blood—by their respective families no less—and the baby was left alone to die, too.

You may think this sounds an awful lot like The Boy Who Lived’s story. Well, Harry Potter was not the only child who became an orphan as the Death Eaters and their leader Lord Voldemort increased in power. Baby Zuzu LeStrange was one of dozens whose parents were killed and who Albus Dumbledore spirited away to Muggle homes so that they might live.

It’s long been known that the Muggle world and Wizarding world are at fundamental odds with each other, a tension that the majority of the witch and wizard orphans would come to know firsthand. Zuzu LeStrange was no exception.

Zuzu’s adopted Muggle family—while paid handsomely to keep her comfortably roomed and boarded—instead kept all the money for themselves and decided to actively suppress the little witch’s considerable magical talents.

As she got older, her adopted Muggle father would force Zuzu, and only Zuzu, each night to drink a half liter of buffalo milk before sleep. In case you’ve never had the displeasure of tasting it, buffalo milk is among one of the most dismal things you could ever imagine. It’s every horrible Bertie Bott’s flavor rolled into one, plus a delightful bouquet of fermented garbage. If Zuzu vomited up the buffalo milk—as would anyone—her adopted Muggle father would force her to begin again.

Zuzu’s adopted Muggle mother was no better than her husband. If she had too many gin and twists or if Zuzu’s adopted Muggle brothers and sisters had been naughty, she would take a switch or belt to Zuzu’s behind. Zuzu would suffer silently at school on the hard chairs, her rear burning with pain and tears stinging her eyes but always holding them back.

For the Muggle family was very clear: because she’s crazy, and a witch, and a monster from an evil world, even if she told anyone what went on in their home, nobody would ever believe her. And Zuzu believed them, so she kept quiet. It was clear as a full moon to Zuzu LeStrange that Muggles were a wretched lot indeed.

What Zuzu’s adopted Muggle family did not know is that when a witch is being mistreated, no matter where they may be—human or magical world—it sends ripples into the Wizarding psychosphere that eventually end up whispering into the ears of those in power. In Zuzu’s case, it was Albus Dumbledore who received her telepathygrams of anguish, but he was unable to help her until she was sixteen years old. The Civil War between witches had begun in earnest and not only was it unsafe to bring back the love child of a Malfoy and LeStrange, the portals to the Muggle world were sealed for everyone’s safety.

When Dumbledore finally vanquished Zuzu LeStrange from her Muggle torture and brought her to Hogwarts to begin her overdue wizarding education, the girl was all but broken in spirit. She no longer felt hunger after the years of food abuse, and the Hogwarts staff quickly learned that when she began shouting at someone for no reason or turned cruel on a dime it meant that actually she was overdue a meal. The staff also learned that the girl didn’t like to be touched, and would often flinch even when someone attempted to embrace or comfort her. She did not smile. And often the other Slytherins would hear her sobbing late at night into her pillow when she thought nobody could hear.

Every time he was relayed one of these incidents Dumbledore would wash anew with guilt for having been forced to take so long to repatriate the young witch. But instead of dwelling in regret, Dumbledore entrusted Professors Minerva McGonagall and Severus Snape to accelerate Zuzu LeStrange’s magical education. Everyone could see she was a powerful, intuitive, and sensitive witch, for even though she’d been through horrible things she only lashed out at others when she was hungry and she never, ever used magic to hurt anyone, not even when required to in certain classes.

Severus Snape and Zuzu LeStrange became close, as close as two of the most secretive and tortured people on the Hogwarts campus could be. Severus could see all of her pain without being told, and Zuzu could see Professor Snape was carrying a burden heavier than everyone in the Wizarding world. They never confided in each other, and often their time together was spent sitting silently reading or practicing her spells.

By the time Zuzu was nineteen Professor Snape, with the help of Professor McGonagall, had managed to help heal the young witch of some childhood trauma and restore at least her trust in her own magical instincts and power. Unfortunately, nobody was ever fully able to restore her trust in other people, and there would always be an air of sadness about her that only a few would ever find beautiful. 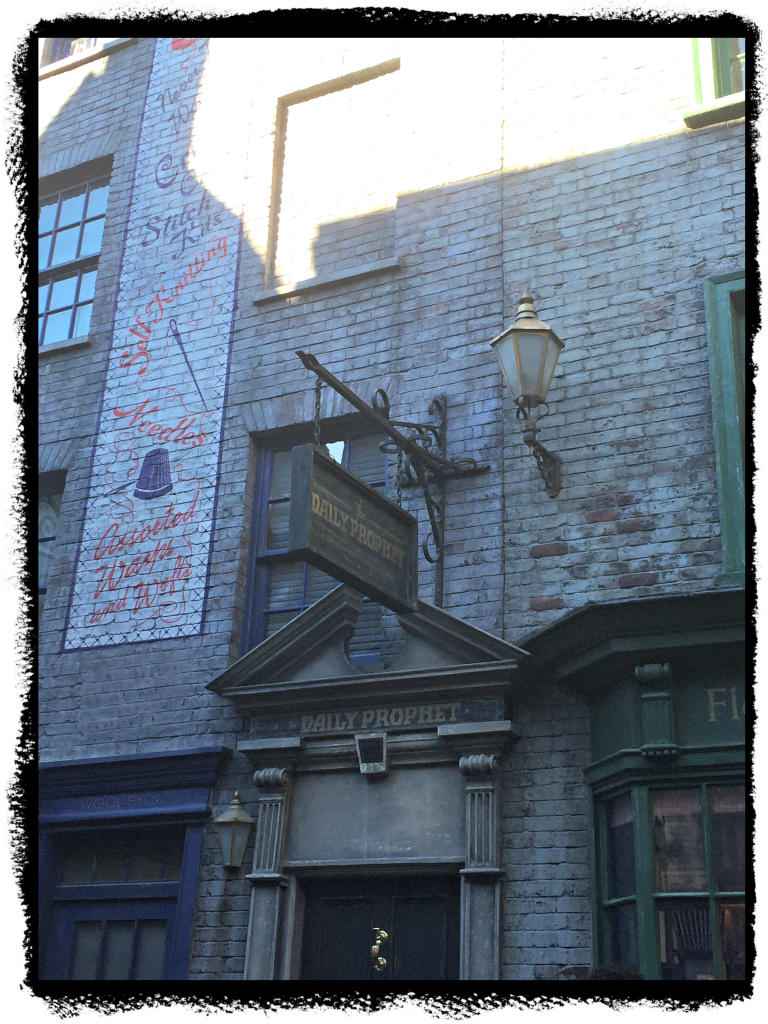 In spite of only attending wizarding school for three years, being a prodigy Zuzu LeStrange was offered a full-time job with The Daily Prophet as a Muggle-world correspondent, which she accepted, but not without trepidations. The Muggle world hadn’t been kind to her and she worried she’d not uphold journalistic integrity with her innate bias. Little did she know, that was exactly what The Daily Prophet wanted, as Dolores Umbridge—in one of many devious plots to be hatched over the years—was mainly interested in disseminating misinformation about the Muggle world.

Once again, Zuzu LeStrange found herself navigating between her wizarding soul and the Muggle world, an uneasy balance fraught with too many horrible memories to count. After filing her tenth story with The Prophet—a hard-hitting piece on the conflict in Ireland and its parallels to the civil conflict in the wizarding world, one that never made it to press—she found herself drawn into Knockturn Alley. 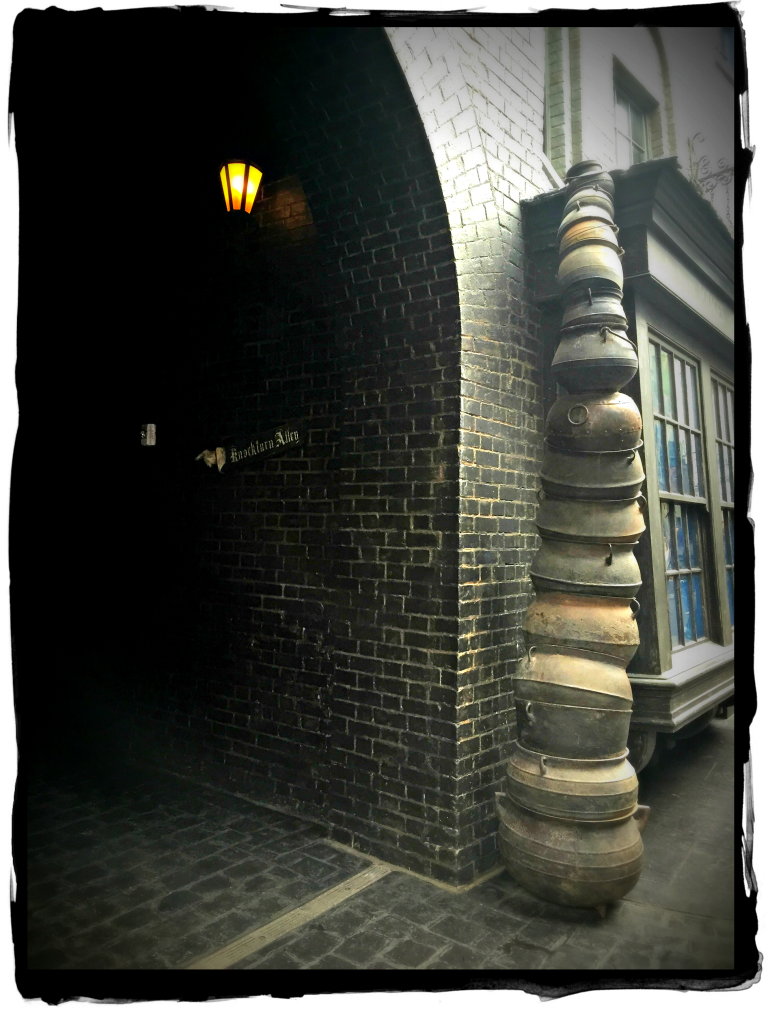 Her beloved Professor Snape warned her about spending too much time there. “Dark wizards go ever darker and many a witch has lost her soul in its hidden corners,” he said. But it was almost as if she couldn’t help it. She could stare at the mermaid skeleton on display in Dystyl Phaelanges for hours, and the Shrunken Heads at Noggin and Bonce’s made her giggle—a magical occurrence of itself seeing as the witch doesn’t even smile—and often seemed to tell jokes to her taste just to keep her there and laughing. Zuzu LeStrange should have been a happy child, you see, and the shred of that person who may have been still lives inside her, albeit protected from general view. 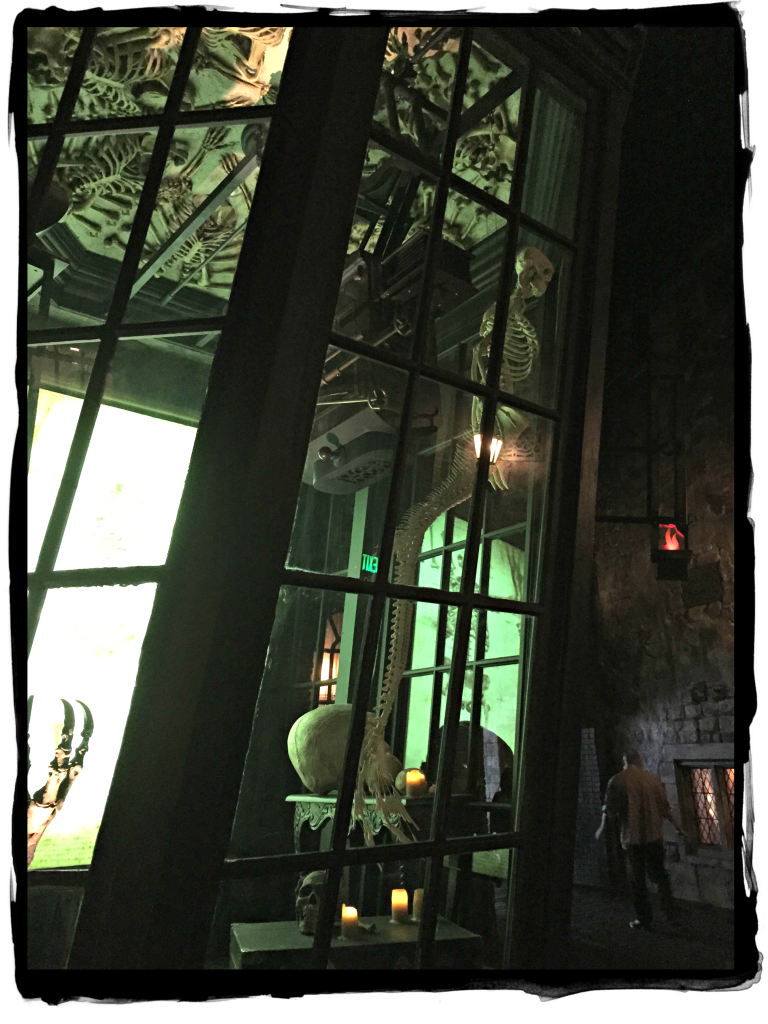 During one of these giggle fits a man approached Zuzu LeStrange and touched her shoulder to get her attention. Maybe it was because she was laughing and her defenses were down, or maybe it was because she was an intuitive witch and she just knew, but for the first time in her life she didn’t jump or pull away. He was a young wizard, twenty-two she guessed, tall, fair-haired, a Hufflepuff, and a Muggle, clearly lost.

“Excuse me, do you know the way out? Every time I think I’m back at Diagon Alley I find myself at the entrance of Knockturn. I must be going mad!”

His voice was deep and sounded like how chocolate mousse tastes, sweet and comforting.

“You’ve an Inicio Jinx on you. It’ll always make you go back to the beginning. Come on then, you need someone else to help break it.”

She gestured for him to follow, but instead he took her hand and she found she didn’t mind. Not even a little. He proposed marriage within the month, and within three they were married. Zuzu LeStrange always suspected Professor Snape had something to do with how quickly and decidedly she and the Hufflepuff Muggle fell in love, and she came to the conclusion that it was just fine.

Although, secretly, Zuzu LeStrange had hoped her dear professor would have eventually reciprocated what had transformed from respect, to fondness, to the deepest love she would ever feel for another person. But he had his own demons and burdens, and had given his heart away long before she was even born.

Still, Professor Snape chose her partner well, and they remained in love until their very ends. That’s not to say they didn’t have any conflicts, or go through hard times. Of course they did. Zuzu LeStrange had become as prejudiced against Muggles as they were against her, and there was often a great deal of cultural negotiation going on her marriage as well as in her work. Yes, she’s still the Muggle-world correspondent for The Daily Prophet.

And yes, each time she goes to file a story at the office she stops in at Knockturn Alley. Sometimes she only spends five minutes walking the darkly lit street, other times she’ll spend an entire day and not even notice until her husband’s owl finds her and reminds her it’s time for dinner. (She still doesn’t get hunger pangs like everyone else. Some childhood wounds can never heal.)

On her most recent visit she went through her ritual of studying the mermaid skeleton, listening to the Shrunken Heads, and browsing through the new arrivals of dark magic materials at Cobb & Webb’s. She felt a sensation of being at home, amidst the skulls and the Hand of Glory, and Hangman’s Rope. While she would never have need for any of these items, she knew that these elements of dark magic were as much a part of her as those for light.

Zuzu LeStrange had a rather profound thought: Maybe some witches are destined for dark histories so that eventually all the darkness that shaped them become opportunities to shine.

As she walked from the dim confines of Knockturn Alley into the setting sun over Diagon Alley she found herself smiling, and was surprised at how many smiles she received in return.

She was surprised at something else, too. Her tummy rumbled with hunger, and her husband hadn’t even sent his owl yet to remind her. 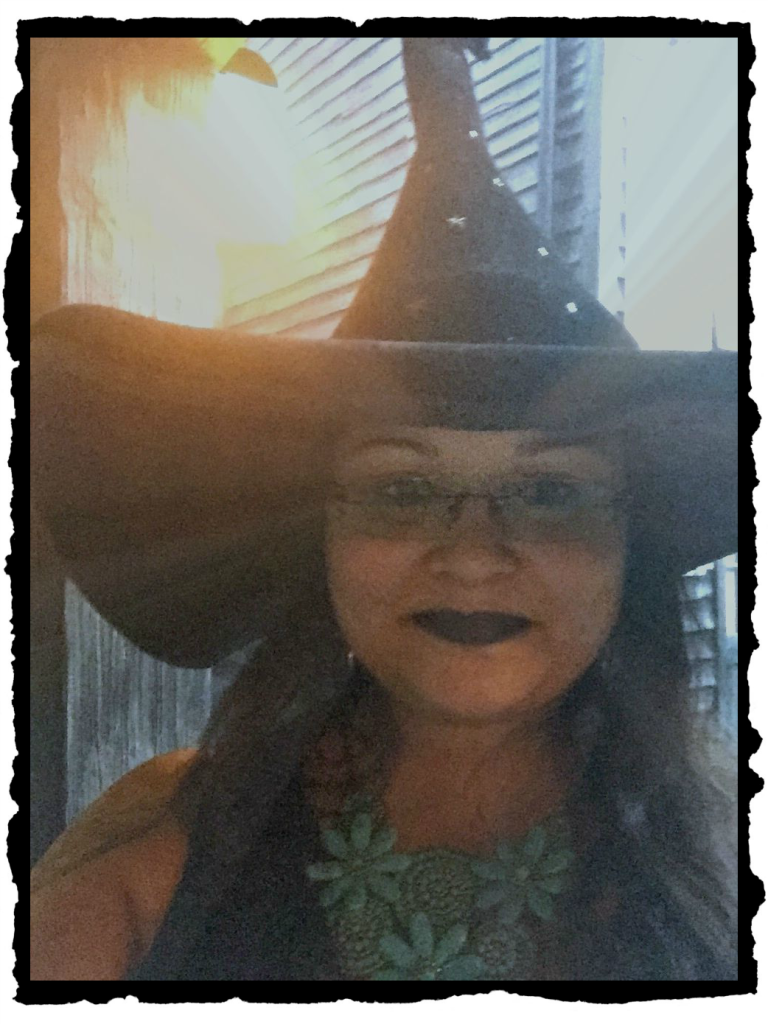