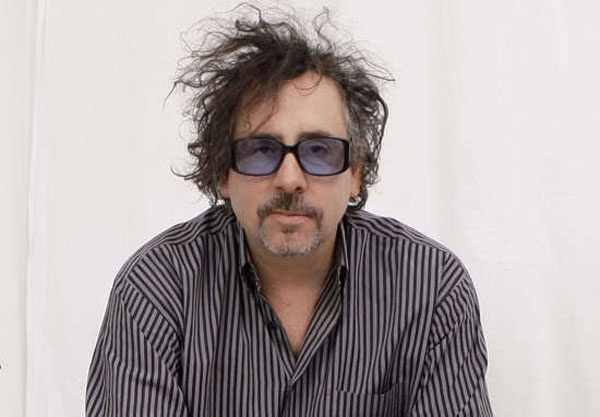 I grew up in a toxic environment from which I sought escape at every available opportunity. Because I spent my childhood growing up in Asia and Africa, escape came in the form of books, movies and music; that was how I first discovered you in the late 1980s.

When I saw Beetlejuice for the first time, I instantly fell in love with your whimsical and weird vision paired with Danny Elfman’s perfection of a score. But my mother didn’t like the film and forbade me from watching it. A classmate bought me a bootleg copy I hid behind books on my shelf, and on weekends after everyone in my family had finally gone to sleep, I would sneak out into the TV room and fall under your spell.

Even though I’m a half-white, half-Sri Lankan brown girl, I related so much with Lydia Deetz’s angst. Another secret was my constant suicidal ideation, and Lydia’s arc gave me hope that one day things would get better. The magic and enchantment of the Beetlejuice world inspired my creativity and I would write my own bizarre little stories and poems until I could be in your world again.

And then came your brilliant Batman with the Prince soundtrack, which was my favorite Batman movie of all time, followed by a close second with your subversive Batman Returns, a Batman movie that’s actually about the villains. The Nightmare Before Christmas is one of the few Christmas movies this Grinchette can tolerate, and my copy of The Melancholy Death of Oyster Boy and Other Stories has sat on my inspiration shelf for a decade. I love Edward Scissorhands so much I even got a tattoo of him on my shoulder.

In my adult life, I have gone to see almost every one of your films in the cinema within weeks of its release, wherever I was in the world. Big Fish and The Corpse Bride became new favorites, and I even actively defended your honor when people bashed your versions of Charlie and the Chocolate Factory and Alice in Wonderland. As I wrote you in another open letter in 2011, you were my hero.

The active word here is were.

Miss Peregrine’s School for Peculiar Children features only one actor of color, who was cast as the villain. This wasn’t an accident.

Then this happened. In an interview with Bustle Burton said:

“Nowadays, people are talking about it more,” he says regarding film diversity. But “things either call for things, or they don’t. I remember back when I was a child watching The Brady Bunch and they started to get all politically correct. Like, OK, let’s have an Asian child and a black. I used to get more offended by that than just… I grew up watching blaxploitation movies, right? And I said, that’s great. I didn’t go like, OK, there should be more white people in these movies.”

Both my heart and jaw broke as they hit the floor. My hero doesn’t believe in diversity. People of color like me don’t even occur to my hero when he creates his stories. My hero is a racist.

Are you so out of touch with reality and history that you don’t understand the blaxploitation genre was born specifically because of a lack of roles for African-Americans other than racist caricatures and bad guys?

Did you not actually read the first Miss Peregrine book? She assembled the band of misfit orphans from around the world and gave them sanctuary in the United Kingdom. If that isn’t asking for a diverse cast, I don’t know what is. Plus, many of the original images from the source material include photos that look like Romany children, as well as other children who look distinctly foreign to Wales (read: not white).

Until your recent comments, I never even noticed how white your casting was, and — ask anyone — I’m usually the first person to point out a lack of diversity. I had such a blind spot for your strange and macabre worlds, I didn’t see the overwhelming pattern that is so clear to everyone now.

Your art has saved my life on multiple occasions, Mr. Burton, and this is not hyperbole. But to find out that brown people like me aren’t included in your world view and your world-building on purpose is so disillusioning, I’m at a loss at how to verbalize the pain I’m feeling. Needless to say, I won’t be rushing out to the theater in costume, as was my tradition, to see any more of your movies. Your truth is unforgivable from where I am standing.

As a woman of color, I’ve thought about you my whole life. Your creativity has shaped and inspired mine. There are a lot of people of color out there who feel the same way.

And you have just spat in our faces.

I don’t know what’s worse: finding out you’re a closet racist, that you’re not even conscious of it or that you don’t seem to care how your reveal ripples outward and inward, into these sensitive and oddball souls who looked up to you and came to your art for solace and healing. That is all gone now, and we’re left with a gaping void like a tooth pulled without anesthesia because of your lack of awareness of your own white privilege and white preference. Separate but equal, eh?

Learning that people of color like me who have supported your work for almost 30 years don’t exist to you, don’t interest you and aren’t relevant to you is something beyond my comprehension. And that you’ve felt this way since you were a child makes me feel sick to my stomach for having idolized you and your art.

When the domestic violence abuse allegations emerged about Johnny Depp, my Edward Scissorhands tattoo took on a sinister bent. I was grateful that I had decided to base Edward’s face on your sketch instead of Depp’s portrayal. “Thank the old gods and the new I will always have Tim Burton,” I told my husband. “Because I will always love Tim Burton.” In a mere 80 words, you took my love and crushed it. You’ve broken a part of me I thought was unshakeable. You haven’t just fallen from grace, you’ve burned the chariot you rode in on and sprayed shit everywhere. Who is going to clean up the emotional mess you’ve created?

Some of my friends said I should give you the benefit of the doubt, and more time to explain your thoughts more clearly. I love you so much I even began to gaslight myself that you didn’t mean what you said; I’ve misinterpreted something, I missed your point, I’m being too hard on you. I go back and read your words again and realize you were pretty damn clear. I’m forced to put my desperation for an alternate parsing of your comments aside. And while I am curious to see if and how you try to backpedal from your statements, for your fans of color and our allies there’ll be no going back from this.

Promoting diversity is not a cynical socio-political move or liberal political correctness plot to stifle creativity; diversity in casting and storytelling for many people actually reflects the lives we live and the people who surround us. If that’s not how you see the world too, then we never had anything in common to begin with.

So, Mr. Burton, thank you for pulling back the veil of your true self. I’ve survived worse than the grand disappointment you’ve become. I will heal and find new inspiration through artists who acknowledge that I exist in their worlds, both fictional and real. Sadly, I will have to carry your mark on my skin for the rest of my life. Instead of reminding me of love, innocence, magic and the beauty of a hybrid monster, from now on it will remind me that heroes fall from their pedestals, sending devastating shockwaves out into the psychosphere. I plan to put columbine and rue flowers around my Edward tattoo, funeral flowers for death and regret from Ophelia’s speech in Hamlet. It’s tragically fitting.

But you. I do wonder: How will your career fare, now that your white preference has been outed and all your fans of color stop going to see your films? How many other people out there are regretting their Burton-inspired tattoos? And how will your soul fare being on the wrong side of history, progress and social justice? Your worlds will never look whimsical and magical ever again, they will only look like on-screen reflections of your all-white and only-white worldview. These days that kind of thing only resonates with Donald Trump’s crowd.