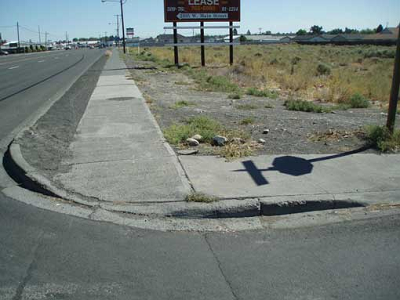 The boredom is as stifling as the heat. The AC’s broken in the new place. The toilets are on the same line, keep getting clogged. Infested with ants to the point that any tickle becomes a massive body flailing attempt to get the critter off. She rubber tramped through the strip malls looking for work. Soaked with sweat after just one minute outside. Asking children for jobs. As if it weren’t wretched, humiliating enough, you gotta apply online these days. Can’t even bring your resume and a cover letter to the manager. If the corporate office doesn’t vet you, you don’t get a call back. Not even if you live down the street. And don’t have a car, so you need to be able to walk to work.

She gets no callbacks. Because she has no retail experience.

And who the hell needs experience to work retail, anyway? How fucking hard is it to stand, smile, take people’s money. You don’t even swipe credit cards anymore, the customer does it. Put their shit in a bag and off they go. Pick up your paycheque.

But no. It’s America. Jobs aren’t just outsourced, they’re techsourced. A machine reads your application and decides if a human should see it next. You call the cable company because Piranha 3DD is skipping and a stilted voice tells you all the things you can do to fix their problem. You call Ikea to see if the last few things for the apartment are in stock and waste twenty minutes waiting for a person who has no intention of answering the phone.

The nights are the worst. He doesn’t come home until early morning. She can’t sleep in the house yet. Every noise she’s sure is an intruder. Someone with a gun. They love guns down here, taking lives every day. She’s convinced people can see through the blinds, but she’s too scared to peer out and see if this is paranoia or if monsters are really out there.

Today she’s walking around the neighborhood. She didn’t realize they live a block from the water. All the canals that run inland from the ocean just a mile away. All the fancy houses on the water, double the price of those that aren’t. The water is still. More like a river than the sea. It would remind her of Venice if you could walk along the canals. But you can’t.

She misses street names. Everything is numbered. It’s disorienting. Nothing to associate with these large digits. Except maybe 33rd Street, and that’s only because it’s her age. Too quiet. Nobody walks, even though at dusk it’s cooler and the salty breeze picks up, finally refreshing. She walks. She’s got nothing else to do. It’s this or sit in the sweltering apartment, thinking about the life she left behind, the one she lost. Another dead dream swimming with the fishes.

Sweat trickles down her neck as her feet chafing in walking sandals grind against the rubber, a new blister on the bottom of her foot. She’s got to look into that Gold Bond powder, the ad said it helps. Her thighs are on fire. Don’t want a rash in this heat. She wipes her hand across her forehead just before the droplets fall on her glasses. She looks around. Home? Or keep walking. Her muscles crave movement.

Across the street the sign says To Deerfield Beach. She follows. The blister under her big toe bursts in a sharp spasm of pain. Her lower back aches, period’s coming. I don’t want to go home, she thinks. Anywhere but there. It’s not even home. It’s where I am.

Her frustration breaks when she realizes that something is off walking down this street. A bad feeling. The worst. Like visiting the old slave market in Seville, she was laid out vomiting for a day after. Or the square in Prague where they burned the witches. Nightmares, hives, allergic to horror.

She looks behind her, scans the tree-lined horizon. There’s nobody, nothing. The road before her, doesn’t look right. She’s dizzy. She forgot water. Or she’s hungover. What is it? She does a muscle test. No, it’s not the shrine after shrine to the American flag. It’s not the lizards scurrying underfoot. A siren in the distance. It’s not me, my headache, my trauma, my sorrow.

There are no sidewalks on the opposite side of the street. She stops in her tracks, staring. Dumbfounded. Never in her life has she seen a street without a sidewalk. It’s wrong. It does not compute. It’s something out of a Neil Gaiman novel. It’s like Shel Silverstein said. It’s Stephen King land. She stands there for a long time, she doesn’t bother to wipe the sweat that falls into her eyes, stinging. She welcomes the clarity of pain. She stares at the nothing. How can a road exist without a sidewalk? Her heart pounds in a fierce tattoo, soon a syncopated rhythm. Her brain bends trying to comprehend. With all that she’s seen, how can this be the strangest thing? How has she ended up here, in the province where the sidewalks end?

She’s convinced she’ll disappear if she crosses into the absence. Poof. Vanished. She knows it will happen but she does it anyway. Now that she’s at the end of the world, she needs to see what the other side looks like.

All the people in their houses, shuttered up against the light, nobody sees or hears when her screams cut through the muggy air, lingering, piercing, a bolt of bloody murder thunder and then silence.

And nobody ever finds her.