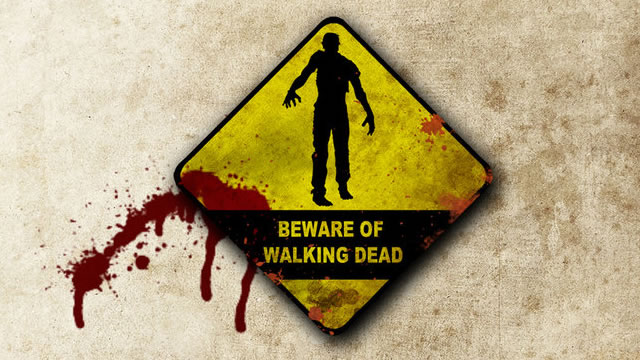 This piece first appeared on Anything Horror in July 2012.

On May 26, just one hour south from where I write this, a naked man was witnessed eating the face of another (naked) man before Miami police arrived and shot the cannibal dead. Bystanders at the MacArthur causeway incident likened the scene to the AMC show The Walking Dead, because the face-eater was growling while he tore chunks of flesh off the man’s head and it took five gunshots to bring him down.

Living in Florida for six months now I hear all kinds of weird stories. Like the man who adopted his girlfriend so that he could transfer his assets to her when on trial for the hit-and-run murder of a college student. Or the man whose hand was bitten off by an alligator, the alligator thusly killed and what’s left of the hand reattached to the man’s body. Yuck and yucker.

But an alleged zombie attack? Come on.

Rumor had it that the face-eater, Rudy Eugene, was on a new drug dubbed “bath salts” for its similarity to bubble bath’s components — one that causes serious delusions, hallucinations, and also causes the person’s body temperature to rise hence a string of naked and crazy violent people attacking others, sometimes in similar cannibal attacks to Eugene’s.

But still, there was no news from Miami PD on what was actually found in Eugene’s blood. Though we did get ghastly images of his victim’s face, post-attack. Not for the faint of heart. And not something you will ever unsee if you choose to look.

Finally, just a few days ago, Huffington Post and other news outlets released the toxicology report that contained, not bath salts, not LSD, not even alcohol — the man who some have dubbed the beginning of the zombie apocalypse was on nothing but a little THC.

The report also reveals a bit of Eugene’s health history, including a diagnosis of schizophrenia, which in my (inexpert) opinion must have been the cause of his massive psychotic break. I mean, who ever heard of pot causing someone to eat someone else’s face? Nobody gets *that* hungry, man. Well, unless you’re Hannibal Lector. And he doesn’t even need to toke on anything for that.

You’ve gotta wonder, though, with crazy wildfires burning up Colorado and New Mexico, radioactive fish from Japan arriving on California’s coast, and other such end-of-times news, could Rudy Eugene be yet another sign of an impending apocalypse, zombie or otherwise?