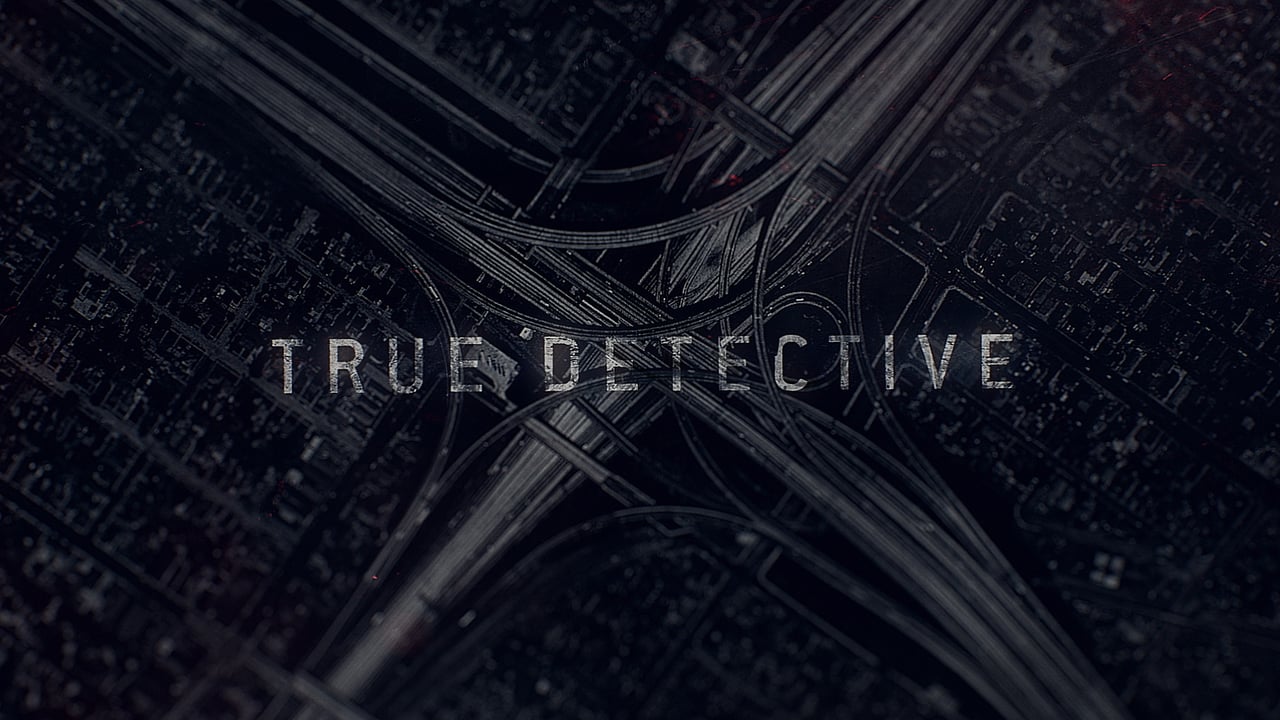 *Spoiler alerts for True Detective 2 and trigger warnings for discussions of rape and other abuse.*

I’m gonna come straight out and say it: I loved the second season of True Detective. Go ahead and toss your rotten fruit at my head. I’ve been hankering for jam.

Did I love every single aspect of True Detective 2? Not quite. But my problems number just a couple.

This is a broken record I’m gonna keep playing, HBO. Once again, we have a wholly unequal distribution of nudity and hugely disproportionate full frontal female nudity, which is representative of the the male gaze focus of HBO’s producers and their pandering to the “perv side of the audience.” The expectation of female nudity is one of many indicators of a current culture of male entitlement to female bodies that turns women into sex objects. Why is this a problem? Because the sexual objectification of women often leads to male violence. You don’t need to treat an “it” with humanity or dignity.

Bones of contention picked, let’s get back to my point: I loved True Detective’s Season 2.

Critics pointed out it’s problematic to see Rachel McAdams’s character Ani Bezzerides half naked when we first meet her. However, just minutes after meeting Taylor Kitsch’s Paul Woodrugh we get a view of everything but his Viagra-fueled schlong. In context, there’s a symmetry that allows letting this criticism go.

And hey, let’s not forget that the noir genre historically has a problem with representing women; dames, broads and whores are the general breakdown. It’s a singular challenge to work within the confines of a genre that has a black and white worldview with very little room for greys, let alone technicolor, and here’s where I feel Nic Pizzolatto did a beautiful job paying homage to the film and page versions of the genre.

The characters were beautifully constructed and in detail, and Pizzolatto didn’t shy away from plumbing those depths. Each person in True Detective 2 saw their arc to fulfillment in suitable — and often appropriately tragic — ways, and we weren’t left with any questions about where they will end up or the murder mystery itself. The package wasn’t neat, but it tied up nice and tight.

The byzantine plot of True Detective 2 as it zig-zagged all over the city of Los Angeles brought to mind the meandering stories of hardboiled crime novels. When asked who did it at the end of the film adaptation of The Lady in the Lake, Raymond Chandler replied, “How the hell should I know?” Obtuse plots have long been a feature of crime noir, and Pizzolatto used this maybe too much to his advantage with True Detective 2 — people seemed so focused on the complex murder mystery aspect they couldn’t give due diligence to the incredible character studies Pizzolatto simultaneously squeezed from his team of fantastically talented actors. Who else had forgotten the Vince Vaughn of Clay Pigeons who can actually act?

Vince Vaughn as gangster-turned-businessman Frank Semyon was one of the most authentic performances of his career, but also a reminder that this dude has some seriously underutilized acting chops. He uses his physicality beautifully, towering over his co-stars and shifting from tender moments with his wife to menacing teeth-puller with an eerie ease. His rawness emotionally as well as his harrowing story of childhood abuse had him fast become my favorite character. And then he said: “Sometimes a thing happens, splits your life. There’s a before and after. I’ve had four or five of them by now.” I talk about trauma myself in almost those exact words and for years now. Through all my own broken places, I feel you soul brother.

Rachel McAdams’s Ani Bezzerides embodied the tortured and complicated nature of childhood sexual abuse and how it ripples outwards into present behavior. “Any man touches me and he’ll bleed out in under a minute.” And boy, she wasn’t kidding. Back in the old days of MDMA, therapists often used it to unlock repressed memories, and when Ani’s floodgate opens to reveal her trauma, the only revelation was the details. We could see in those haunted and darting eyes, those slouched shoulders, that irreverent sniff, that she had been through the ringer before and it wouldn’t happen again.

The before and after of Ani’s trauma began when she was four years old, almost too young to have developed any sense of self aside from the incident and how it broke her. “He didn’t force me. He called me pretty… Every time I remember that feeling, that pride. I was proud that he thought I was pretty. Makes me sick.” Because if you see yourself as an object, and the earlier you begin self-objectifying, the easier it is to be abused. Ani had begun objectifying herself even before she was kidnapped by a pedophile and I appreciate how the show began quietly unpacking this complex gender psychology. “Those moments stare back at you. You don’t remember them, but they remember you.”

Further, the hypocrisy of Ani getting pegged for sexual harassment is a scathing indictment of the double standard to which women in many workplaces are held. What a fascinating and telling role reversal that speaks to the sexist policing of female sexuality.

Paul Woodrugh was also in the running for most tortured and haunted character as his own toxic masculinity made him openly homophobic all the while being a closeted gay man, a poisonous alchemy of raw pain and self-hatred that in the end proved deadly. Again, Tim Riggins, I mean Taylor Kitsch beautifully played on Woodrugh’s constant internal conflicts about his sexuality as well as the repercussions of growing up in poverty with a sexually inappropriate and abusive mother ingloriously highlighted in the comment: “You could’ve been a scrape job.” Holy hell, Batman.

Woodrugh made brooding angst an art form in his seven smoldering episodes on screen. “I just don’t know how to be out in the world,” he says to Velcoro in a multiple entendre that sums up so much of this heartbreaking character’s inner and outer conflicts.

Colin Farrell’s Ray Velcoro was accused by feminist critics as suffering from the woman in fridge trope, and I disagree. With Velcoro we also see the impact of sexual violence and how it ripples outwards just as with Ani Bezzerides. The implications and trauma of Gena Velcoro’s assault affects not only her, her pregnancy, and her son with his uncertain paternity, but also her ex-husband Ray, current husband, and surely many off-screen others in her life. “Pain is inexhaustible,” Velcoro intones. “It’s only people who get exhausted.”

In many ways, and as a foil to Frank Semyon, Velcoro is a seminal noir character: Bad guy masquerading as good until an event that lets loose the beast. In Velcoro’s case, the beast emerged through the machinations of social climbing ginger goon Blake Churchman (insidiously played by Christopher James Baker) and so Velcoro became another noir staple: a pawn in a much larger game of chess. “My strong suspicion is we get the world we deserve,” Velcoro says to Bezzerides. I don’t think that is a true assessment of humanity, but for hatchetmen like Velcoro — and Semyon — it certainly starts to feel true.

Like Ani, and Woodrugh, Velcoro’s intimacy issues led him to an immersive job in which he could continue avoiding the kind of connection with others that provokes questions about who he is at heart. Ultimately that’s why Ray and Ani were a perfect match, circling each other the entire season: they recognized each other’s limitations, the beauty of their individual brokenness, and would never overstep these boundaries. To witness their macho flirtation unfold watch the second season again and pay attention; McAdams and Farrell play it with subtle perfection.

And in contrast, the intimacy of Frank and Jordan Semyon’s interactions vibrated with an entirely different partnership dynamic that was both sweet and disturbing. Jordan was the quintessential noir dame with her red hair, deep cleavage and pout who’s just as ready to pull a trigger as a flirtatious smile. She was Dr. Hyde to Semyon’s Jekyll, and their story plays out like in that other tragedy where Dr. Hyde survives while Jekyll can not.

In the end, some people are broken by their bad childhoods or the traumatic events that split lives into befores and afters. Some have the resources to move forward. Interestingly — and in a feminist turn — none of the main male characters of Semyon, Woodrugh and Velcoro had the emotional capacity for long-term survival and each of them died directly as results of their tragic faults, leaving behind so much unfulfilled and unsaid. But Ani Bezzerides did make it through, and so did Jordan Semyon. Has there been another crime noir in which all the leading men die and the dames not only survive, but help each other rebuild a sense of community and continue seeking justice? Go feminist noir.

Where True Detective 1 had me coming back each week because of the dangling horror hook (I still have nightmares about the man in the gasmask walking through the trailers), True Detective 2 had me returning to find out what next would be revealed in the experiences of each magnificently damaged main character.

Bezzerides, Velcoro, Woodrugh and Semyon were more than aware of the extent of their brokenness, and their negotiation of their brokenness resonated with me on so many levels. I found the performances awfully delicious. The heavy-lidded eyes, the perpetual scowls, the palpable sadness, the occasional smile that reminds you of what could have been had the cards come out different, and the visible weight of everything that had gone and is going wrong was, for me, so intimate, so revelatory and meaningful.

Both times I watched the finale I full-on wept to watch the labyrinths of the characters’ emotional spelunking come to a close along with the murder mystery solve. I was as involved with the characters as if this was the finale of a much longer series, and my engagement with and empathy for them was due to how gorgeously drawn they were, and also how much their traumas resonated with my own. As the sad lounge canary Lera Lynn crooned, “The whisper of two broken wings, maybe they’re yours, maybe they’re mine.”

True Detective 2 in so many ways epitomizes many of my favorite and iconic aspects of the crime noir genre — emotionally and psychologically broken individuals, dirty cops and dirtier politicians, an evocative score and soundtrack, and so many double and triple crosses the plot looks like LA’s freeways from a distance. I’m already looking forward to news of True Detective Volume 3 and hope it, and its helmsman Nic Pizzolatto, continue revitalizing the modern crime noir genre in these creative ways.

And in case you’re reading this Mr. Pizzolatto, if you’re ever looking for a female writing partner I volunteer as tribute.