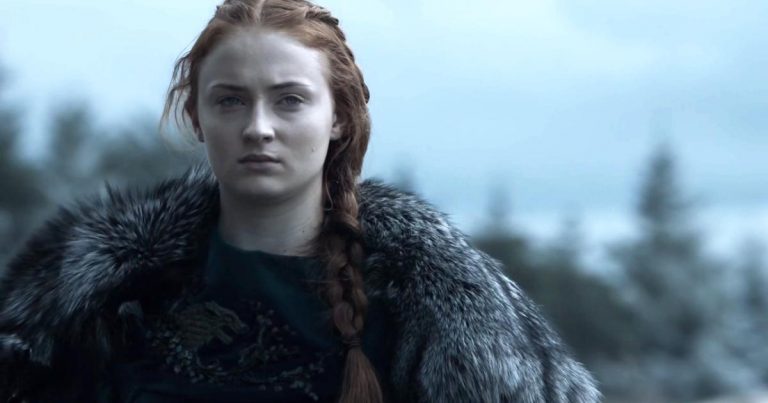 *Spoiler alerts for Game of Thrones season six, and content warning for discussions of rape.*

Last year I was so disgusted by what I’d been witnessing on Game of Thrones, I wrote the show an impassioned open letter that was featured on HuffPost Women, expressing my repulsion at the creative choices they had made — especially when it came to portrayals of sexual violence, violence against women and children and the general sexual objectification of women that had plagued the show since its first episode. Many other women also denounced the show’s blatant misogyny — albeit in more academic and measured ways than I was able — and The Mary Sue even went so far as to publicly denounce and hence cease their coverage of Game of Thrones entirely.

In the year since Game of Thrones’ fifth season finale aired, we have witnessed hundreds more reports of actual sexual violence against women that would have been right at home in the Game of Thrones world, including the rape of a woman at Stanford University by Brock Turner, he of the “20 minutes of action” infamy.

The Stanford rape survivor penned a powerful victim impact statement, and her frankness in talking about the reality of living post-sexual assault inspired me to “come out” as a rape survivor myself, the first time I’d ever publicly spoken about the assaults I’ve survived. Being a survivor myself is why I — and many other survivors — were especially disturbed by Game of Thrones’ portrayals of rape and sexual objectification on a profound level. I’d sworn off the show, and was happier for it, although still haunted by the horrible things I’d already seen and the memories those things brought back. I still have nightmares about Sansa’s wedding night and Shireen’s screams as she was burned alive. So wrong.

Several months later when Game of Thrones resumed production for its sixth season, showrunners D.B. Weiss and David Benioff made several statements saying they would be taking an entirely different approach to their portrayal of sexual violence and sexual objectification of women on the show. I was cautiously optimistic — not for myself, but for everyone who would continue watching; I had no plans to go back into that horrible world, as much as I might miss the dragons and Tyrion Lannister.

After Game of Thrones aired its first episodes of season six, I began to receive whispers from my own network of sparrows telling me that it was like an entirely new monster had been born, but this time a feminist beast had emerged. Apparently, women were taking center stage and there was far less gratuitous female nudity and no sexual violence of any kind on camera. Verbal rape threats, yes, and still the occasional boob shot, but even Melisandre’s nudity for once had a purpose other than male titillation. Or so I heard. And I was intrigued.

After the sixth season finale I had so many people writing to me to tell me the show was nothing like previous seasons I had called out in my open letter; my friends were even going so far to say that maybe my article even played some part in the major ideological shift that appeared to have happened. I wouldn’t be surprised. Many people credit my viral takedown of the song “Blurred Lines” as a foundational nail in the coffin of Robin Thicke’s musical career to this day. Against all my better instincts — but trusting that my friends had my best interests at heart — I decided to put a moratorium on my Game of Thrones boycott and give the sixth season a shot, with much trepidation, a Valerian vault full of reservations and wholly on edge for each and every minute. I had to wonder, though: If Game of Thrones’s producers and writers really took our complaints to heart and changed the way they approach gender and violence in the show, then on some level I do owe them the courtesy of witnessing it for myself.

While there were a few problematic issues (such as the penis close-up of a bit player that was the equivalent of an unsolicited dick pic — when we ask for more equitable full frontal nudity that is the opposite of what we mean), I was pleasantly surprised at how humane Game of Thrones’s sixth season was. I mean, the majority of episodes had no nudity AT ALL. Is this the legitimate End Times? Is the Apocalypse nigh?

Never in my life would I have imagined I’d live to see the day where Game of Thrones would abandon its so-called sexposition for *GASP* actual plot points. For the first time ever in its history, even a brothel scene wasn’t gratuitous and instead revealed that the baddest bitch in the Iron Isles, Yara Greyjoy, is a lesbian — and we have an opportunity to delight in her raw sexuality. Even Melisandre’s full frontal nudity was for once an effective tool when contrasting her beautiful glamoured body with the old crone’s body she has underneath. What a remarkable moment that was, and terrific that the writers finally allowed Melisandre’s character to develop an arc in one rather simple moment. Beautifully done.

And while rape and sexual objectification was still very much present in the Game of Thrones story — Danaerys was threatened with rape, sodomy and gang rape several times by the Dothraki, and Bron and Pod have a really weird conversation about Brienne’s fuckability rankings — these instances were far less problematically presented than ever in Game of Thrones’s past. Holy about-face, Batwoman.

Women absolutely ruled the sixth season of Game of Thrones, and all in ways that were true to their characters. It was incredibly empowering to watch.

I did a tally of all the women who saved men: Melisandre saves Jon Snow from death, Brienne spares Jamie, Gilly saves Sam from his father, Danaerys saves Daario from death and, with Sansa’s pivotal help, Jon Snow wins the Battle of the Bastards.

Even better, here are the women who saved each other: Brienne rescues Sansa from Ramsay Bolton, Margaery saves Lady Olenna from the High Sparrow, Arya saves Lady Crane (who ends up returning the favor), Meera saves Bran from the White Walkers and Lyanna Stark saves her son Jon Snow by entrusting him to her brother.

And, almost best of all, so many of the women saved their damn selves: Danaerys in the temple of the Khals, Cersei from all her local enemies, Arya in her defeat of The Waif, Melisandre in her banishment is forced on an unexpected path of self-reconciliation and the women of Dorne overthrow the rule of men and eventually team up with a revenge-hungry Lady Olenna.

Color me shocked. I suppose the writers had so much more time to develop characters without all the gratuitous sex and nudity they were even able to give the dragons proper personalities. Who knew dragons could understand human languages? The scene with them and Tyrion was an awesome revelation, and afterward you can actually see the dragons listening to the commands of people they respect. Just …WOW.

And please allow me to take a moment to bow down to the wonder that is nine-year-old Lady Lyanna Mormont. To hell with Danaerys and her dragons, I want that pint-sized superhero to rule Westeros and beyond. Long may she reign.

While Lyanna Mormont on the Iron Throne doesn’t look to be in the cards, at least not yet, what is remarkable is that the sixth season leaves us with women occupying just about every seat of power that was once occupied by a man; the big battle to come will be between these opposing female forces and their immense armies. Cersei vs. Danaerys?! I am front and center for that fight, so long as Game of Thrones plans to treat women humanely and your new trend of producing actual feminist television continues. #TeamDany

All of this does make me curious, though: If the Game of Thrones team was always capable of producing such feminist nuance, why did they wait five seasons to do it? Did they want the negative publicity? Did they just not care? Did they think they could get away with it without any backlash? Did they really not know what they were doing? Have they hired more women writers? Is it because they are now divergent from George R. R. Martin’s incredibly sexist and problematic source materials?

It’s so sad because seeing how wonderfully season six was produced, how each of these badass women have come into her power in such unique and thoughtful ways, it’s such a shame (Shame! Shame!) that the five seasons previous couldn’t match this level of quality television and feminist perspective. Clearly, they were always absolutely able to tell a great story without all the misogyny, so why didn’t they start sooner? And more pressing, can they confirm that their new female-friendly visual production will continue?

Thank you, Game of Thrones, for showing us that a leopard can actually change its spots. In a world where we are expected to kowtow to the sexist status quo, it is truly remarkable that you would go down a path less traveled, and especially after fielding so much criticism. As long as you keep it up, you are going to make television history in ways that you never expected. Please, Sers, I entreat you to no longer make misogynistic and exploitative television like so many of your peers. Please, Sers, continue on this path of feminist discovery and I promise you will be rewarded. There is so little to feel hopeful about in the current state of our planet, so I hope you can be a beacon. If not, no worries. I quite enjoy eviscerating sexism, so I’ll have my nails sharpened for your seventh season, regardless.