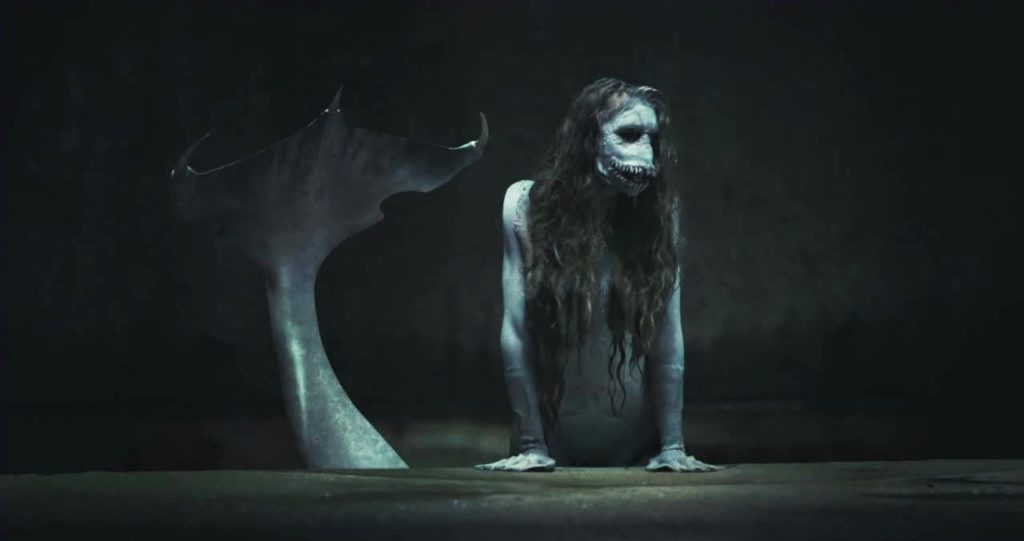 It started out like any average evening, me scrolling through my Netflix queue to see what was expiring soon: Sophie Fiennes’ 2012 documentary A Pervert’s Guide to Ideology featuring Slavoj Žižek, my first introduction to the man and his brilliant mind. For the next 2 hours and 24 minutes I experienced the growing pains of my entire worldview shifting, and when my ideological tectonics stopped quaking I turned to a horror movie for some entertaining release. But no horror movie, or any movie again, would ever be the same after this introductory encounter with Dr. Žižek. And so, alternating between Chills City and Fever Town, I wrote the following.

As Slovenian socio-philosopher Slavoj Žižek discusses in the documentary A Pervert’s Guide to Ideology, ideology is a lens through which to view the world, culture, sexuality, and society, and in theory there is no limit on how many ideological lenses one may be peering out through based on one’s background and life experiences. When analyzing John Carpenter’s seminal horror film They Live, Žižek comments: “Ideology should be glasses, which distort our view, and the critique of ideology should be the opposite, like you take off the glasses so that you can finally see the way things really are.” While most texts seem to operate from a sole or dual ideological perspective for purposes of simplicity, every so often we stumble across an example that negotiates multiple ideologies simultaneously.

In Milan Todorović’s Killer Mermaid (2014) we meet Kelly and Lucy who have left America for the first time to visit the Mediterranean paradise of Montenegro, home of an old college friend and the site of his upcoming nuptials. Unbeknownst to anyone, an old fisherman serves the carnivorous appetites of a beautiful but deadly mermaid housed in an abandoned military stronghold by feeding her unwitting tourists straying too far from the beaten path. On the surface, Killer Mermaid is a typical B-movie example of the travel horror genre—tourists arrive in a foreign land for a holiday and encounter monsters, whether human, fantastical, or both. However, an analysis of the ideological underpinnings of Killer Mermaid indicate a far more complex social commentary that deserves unpacking.

From an ideological perspective the figure of the mermaid can be interpreted in two ways: first as an empowering feminist figure, content and unapologetic in her hybrid nature, a shameless carnivore and comfortable straddling the world of underwater and that of men to her ultimate advantage; second as a castrating female who controls males in order to feed on them, and signifies a general anxiety about the role of a multidimensional modern woman (one capable of being beautiful and ugly at the same time when it suits her needs and who uses the appropriate form to fulfill her desires, be they sustenance or company) for whom the male of the species is a mere pawn and for whom his desire will ultimately lead to his demise. Thus, the mermaid is both a heroic female figure, mostly independent, and the master of her own destiny as well as a monstrous female figure who exists for the annihilation of the male, who can also represent the ideology of patriarchy. It is also relevant to note from a gender perspective that only one woman is killed in this horror film, a genre famous for the exploitation and gruesome torture of female forms in myriad ways. While the figure of the mermaid ideologically examined is indeed twofold, the absence of murdered female bodies would suggest the empowering feminist figure analysis; a cautionary tale to men about the dangers of strange women.

Going deeper into Killer Mermaid, the American visitors find themselves in a society barely removed from a civil and ethnic conflict that required military intervention from outside the conflict zone (the United States was also party to the secession talks that split the region from Yugoslavia into Serbia, Montenegro, and Macedonia). As happens after the ideological rupture of war, and civil war in particular, there is a sense of cultural fearlessness and rejection of traditional practices in lieu of the capitalist and free market society that enerally comes with political liberation, possibly why the Serbian hosts in Killer Mermaid eschew the advice given to them by the old fisherman to stay away from the haunted island of Mamula.

Further, the island of Mamula upon which the so-called killer mermaid lives was used during the Nazi occupation of those lands as a concentration camp. According to Žižek, abandoned places are the byproduct of capitalist waste, and often indicate the point where nature begins reclaiming that which was taken away by these notions of progress or development. That a mermaid would chose an abandoned site for her feeding activities, and especially one with such a dark history, is ideologically telling. Haunted places—just as abandoned places—embody Julia Kristeva’s notion of the abject: the site at which a visible rupture occurred and is often maintained.

And of course, any film with a theme of consumption (be it literal human consumption in the form of the mermaid’s feeding habits or the socio-cultural consumption that goes hand in hand with tourism) falls into the ideological lens of capitalism, the encouragement of citizens to consume in order to be considered valuable and active members of society. Further, current real-life plans to revitalize the island of Mamula include transforming it into a luxury spa whereby the island’s history of torture and degradation would be washed away into a new site of consumption for the booming tourism industry in the area.

While the men wage a futile battle against the siren’s song of the killer mermaid on Mamula Island, the women band together to stop her carnage and ostensibly succeed. But when the death of the titular mermaid emits an even louder siren call alerting her sisters to her murder, dozens of whom swim their way toward the island to pursue vengeance for their fallen merkindred, can we truly call this “success?” Clearly, this matriarchal society of mermaids does not abide by the slaughter of one of their own, lending further weight to the theory that the mermaid is a figure of female empowerment and sisterhood, a possible reference to ancient lore about Amazons and female Viking warriors, fierce defenders of their tribes and feared by all who heard tell of legends.

Killer Mermaid ends with the released tension of the vanquished sole killer mermaid, her rampage complete, to enter the bounds of a new war that will shape this (fictional) Serbian landscape much as the Nazi occupation and civil conflict did; the waters upon which the fishing and tourism industries rely will be infested with an unrelenting horde of revenge-hungry killer mermaids—an upsetting of horror film ideology that tends to encourage a return to stasis after a traumatic series of events, even if temporarily.

I don’t know if it was some Žižekian witchcraft, mermaid magic, or both, but the next day I woke up to find my lower half had turned to fins. My husband escorted me to the ocean, and it is from here I send this dire warning against mixing hardcore sociology and pop culture. Who knew there was WiFi this far underwater?