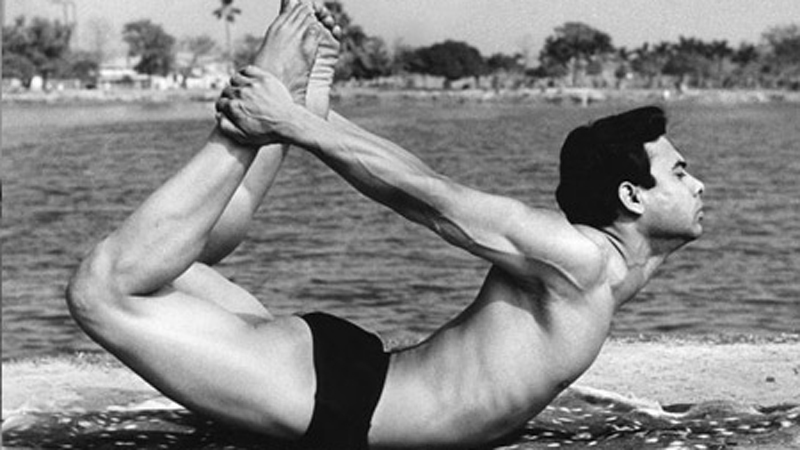 As if taking an ancient Indian spiritual and meditative practice and turning it into a capitalist and exhibitionist project pre-packaged for western consumption isn’t bad enough, the founder of so-called “hot yoga,” Bikram Choudhury, is a serial sexual predator to boot and has finally lost his entire yoga empire — and his fleet of luxury cars — to one of his victims, former legal counsel Minakshi Jafa-Bodden. While Jafa-Bodden’s $6.7 million lawsuit win was announced in January of 2016, the case has continued to be tied up in the courts, where Choudhury’s appeals have been rejected. At last report, Choudhury fled the United States — some say to his native India but these reports are unconfirmed — and his luxury cars are missing.

Jafa-Bodden claimed that she was wrongfully terminated by Choudhury when she began investigating allegations by former and current students that they had been sexually assaulted and/or raped by him. Jafa-Bodden told Vagabomb in a January 2, 2017, interview:

“He can be very charming when you first meet him but that didn’t last,” she said. “There were allegations of rape and assault. Perhaps the first complaint was a surprise but then I began to see a pattern. When I refused to cover up his alleged crimes, he became abusive, calling me a f***ing bitch.

“He would sit on a throne at the front of this vast room filled with trainees. There would be a girl stroking his hair, another massaging his back and another stroking him under orange towels that would be placed on his lap. It was disgusting but it was a daily occurrence. He is a cold, calculating predator. I witnessed him routinely abusing that power, often with the most vulnerable students. These were young women who looked up to him as a spiritual guru. They loved him. And he took advantage of that in the most heinous way imaginable.”

Jaffa-Bodden’s lawsuit also notes that Choudhury regularly created a “hypersexualized” and “degrading” environment for women, and that he regularly used language such as “fat bitches,” “stupid bitches” and “fucking bitches” to talk about the women in his classes and training courses.

In an interview with HBO’s Real Sports, in response to whether he sexually assaulted his female students, Choudhury himself said:

“If I need women I can make a line. The most beautiful, famous, rich women in the world. If I have to sleep with women, then I have to sleep, you know, [with] 5,000 girls every day.”

Rape is not about sex — it is about power, entitlement, and opportunity — so a regular stock of sexually available women does not in fact prevent a person from being a rapist. Bikram added this juicy tidbit to his rape denial:

“Why do I have to harass women? People pay $1 million for one drop of my sperm. I can make million dollar a day. Every drop.”

What two better phrases to display the epic depths of this man’s narcissism and megalomania that has fueled a cultish following not just in the United States, but around the world? The Real Sports interview is horrifying and illuminating, especially when three of his alleged victims — with whom he settled out of court — discuss not only what happened to them, but what they witnessed him doing with other young women. Absolutely disgusting.

Next question: How do all these supposedly spiritual “yogi and yogini” Bikram devotees justify their participation in the brand of a man who embodies the very antithesis of what yoga has been and has represented for far longer than the 37 years of Choudhury’s yoga empire?

Nevermind the cognitive dissonance in the phrase “yoga empire” — an “empire” being completely anathema to the traditional sense of the practice that involves awakening humility and compassion. The Bikram franchise boasts roughly 700 studios worldwide, even after the allegations of sexual assault, harassment, and rape by its self-professed guru began hitting the news reels since 2005, when his first victim Sarah Baughn came forward. In an interview with Refinery 29 Mary Shea, the lawyer who represented six of his victims, stated that Chaudhury used his position of power and self-appointed guru status to manipulate women:

While some Bikram studios run by individuals with integrity changed their names and altered their hot yoga practices to distance themselves from this serial predator, most studios maintained a disturbing loyalty to their “master,” demonstrating just how morally bankrupt this particular strain of cultural appropriation has become under Choudhury’s leadership.

Because, India being the country of his origin or not, patenting a series of yoga moves as well as a script to go along with them is capitalistic cultural appropriation at its worst. And in so many ways, Choudhury and his trademarked Bikram Yoga have transformed the spiritual practice of yoga into a capitalistic project that markets yoga-specific clothing, water bottles, mat, and other accessories so a person doesn’t just perform yoga, they can also look the appropriate part by these new western standards. Let’s not forget that traditional yoga requires only loose cotton clothing, one’s breath, and one’s mindfulness — a far cry from the skimpy outfits and often competitive spirit of Bikram Yoga and similar practices.

There is far more that is problematic about Bikram’s yoga than just the fact that he’s a serial sexual predator. It’s so disheartening to see how corrupted an Asian practice can become when co-opted by western capitalist values.

I applaud Minakshi Jafa-Bodden for standing up — not just for herself, but for all the women this disgusting man preyed on for so many years. I hope that when the transfer of assets is complete she will do away with Bikram’s brand once and for all and take their yoga studios back to the practice’s roots. I also hope that her win will inspire other women to come forward, not just in the yoga community, but in whatever arena they may be getting sexually harassed or assaulted, or wherever they may witness others suffering from Bikram’s brand of predatory sexual behavior. He is far from being the only one.

And to Bikram Choudhury, wherever you and your little black Speedo may be prancing around looking for new victims: Karma can be quite a bitch, and she’ll be taking more of your measure soon enough. Minakshi’s win is just the beginning.