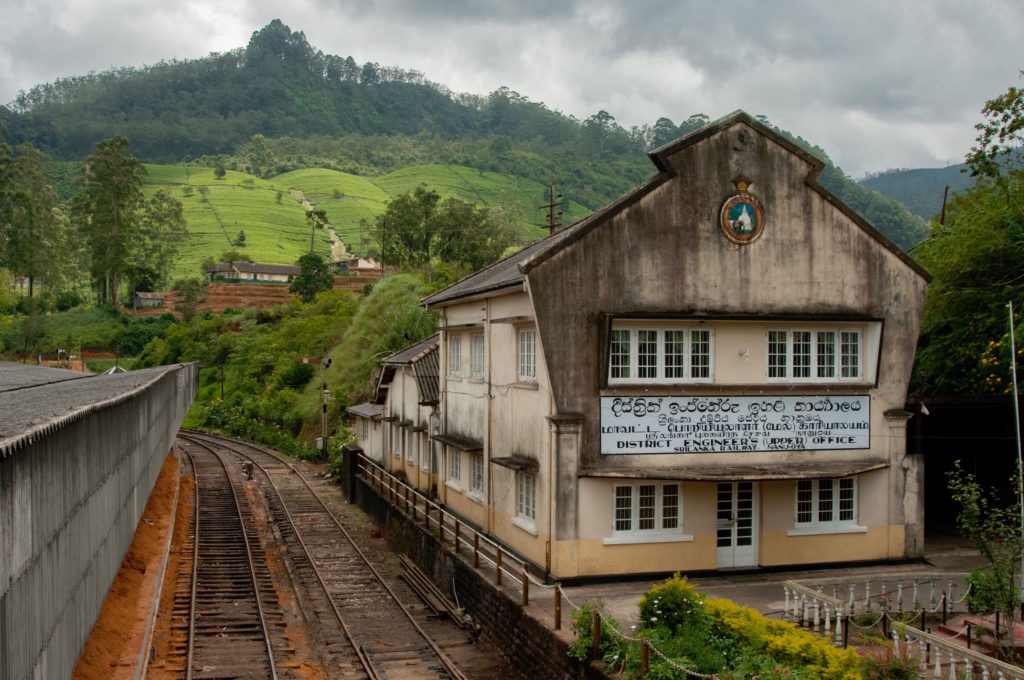 There’s nothing like being from a country still suffering from the trauma and repercussions of a long and drawn-out civil war and then hearing from a white male travel writer that everything is hunky-dory now and people should start visiting the country again. In a recent Condé Nast Traveler article, “Sri Lanka Is Ready For Its Close-up,” Andrew Solomon writes:

“The shift from peace to war can be famously abrupt, with neighbors turning on one another with little apparent provocation. Placid communities can become bloodbaths in the blink of an eye (Kosovo, Syria). Rebuilding in the wake of a terrible war, by contrast, usually takes decades. But Sri Lanka has managed a rapid shift from some of the most horrific carnage in recent history — a civil war that raged for more than 25 years and produced 100,000 casualties — to a peace that not only unites the country’s previously divided ethnicities but inflects the experience of any visitor to the island.”

Many Sri Lankans, and most especially Tamils, would beg to differ on Solomon’s conclusions and assumptions about the post-war situation. His resort-hopping essay reads like Sri Lankan government propaganda to revitalize a tourism industry that has been stagnant since the 1980s — first on account of the bloody civil war, and then on account of the 2004 tsunami that took the lives of 30,196 people, Sri Lankans and tourists alike.

It might have felt helpful to Solomon and his contacts in Sri Lanka who enjoyed blowing smoke up his butt to write a puff piece about the country encouraging people to come see for themselves. But it is beyond irresponsible to gloss over the horrific conflict that is still under investigation by the UN High Commissioner for Human Rights, Human Rights Watch and others for claims of genocide, genocidal policies, ethnic cleansing, and crimes against humanity on both the Sinhala and Tamil sides. Many of these anti-Tamil and genocidal policies are still being practiced, albeit unofficially, and discrimination and violence against the Tamil minority continues to be a problem in the country. But that might be inconvenient to a travel writer who clearly doesn’t understand the nuanced contexts of the place he visited on Condé Nast’s significant dime.

Award-winning Sri Lankan author Shyam Selvadurai founded the Write To Reconcile program in 2012 in order to help emerging Sri Lankan writers, either at home or in the diaspora, explore the themes of post-war reconciliation and healing through words and dialogue. In his introduction to the Write To Reconcile II anthology, about the notable lack of Tamil voices in the post-war years, he says:

“In the Sri Lanka of today, with its culture of censorship, and the use of anti-terrorism laws to silence such points of view, it may not be possible to gather these stories. I suspect one must look to the Tamil diaspora to find such stories, where people might feel freer to speak their own version of the truth.”

The Write To Reconcile anthologies show in stark detail the continued and constant cultural negotiation these young writers go through on a daily basis to effectively detox from the horrors of a shared war experience, sometimes for better and sometimes for worse. These antagonisms are so deeply ingrained into the Sri Lankan experience — and in some ways especially for the younger generation, who have only known a Sri Lanka at war — they have become like breathing. It takes a great deal of personal and moral strength to begin rejecting decades of racist propaganda and moving past it.

While Solomon, armed with his white male privilege and fancy press badge, might have the right to whitesplain at his pleasure, the same cannot be said for many Sri Lankans. They face the possibility of repercussions such as loss of employment, police harassment, surveillance and extrajudicial arrests — all of which can extend to a dissenting person’s family and beyond. Solomon leaves out the fact that Sri Lanka’s history of British, Dutch, Portuguese colonization means that, even now, many Sri Lankans tend to defer to white people and especially those with the power to write or speak about the country in the ever-valued West. If Solomon is aware of how privileged his experience of Sri Lanka was on several different levels he makes no indication of it in the article.

None of this is to say that Sri Lanka isn’t an amazing place to visit. It is. The history is remarkable, the archeological sites are spectacular and unique, the landscape is diverse and beautiful and the food is out of this world (although not at all like Indian food, to which Solomon compares it ad nauseum). This is to say that you cannot simply disregard the ongoing fallout of war just because it doesn’t make good copy or because it might frighten white people away from visiting.

Sadly, Solomon isn’t the only white travel writer producing wholly inappropriate and culturally insensitive content on a country he clearly knows nothing about. Brady Dale for The Observer pens an equally offensive piece on Cuba’s lack of cash machines. Tracie McMillan for National Geographic complained about the lack of meat in Chinese food when visiting the country. Both of these pieces, and a whole host of others — including a wildly racist piece by the usually-brilliant David Sedaris on all the reasons he hates Chinese food — have been lambasted by writers of color both on- and offline.

Once again, the problem of inclusivity and diversity raises its head. Why weren’t more qualified writers of color given these assignments? Why is the white lens the go-to for travel perspectives? Could you image the white outrage if someone from Central or South America, Africa or Asia wrote similarly-toned cultural shaming and negative pieces about American, British, or other “white” foods? The pitch alone wouldn’t make it past an editor’s desk, let alone get published in mainstream media like National Geographic, The Observer, or Condé Nast Traveler. So why are editors who should know better publishing this kind of racist garbage?

Please let 2017 be the year we see less — or better yet, none — of this default white lens and cultural imperialism. Not just in travel writing, but in all media avenues. Part of the resistance to the growing white nationalism movement in the world will begin with diversifying voices in travel writing and beyond.