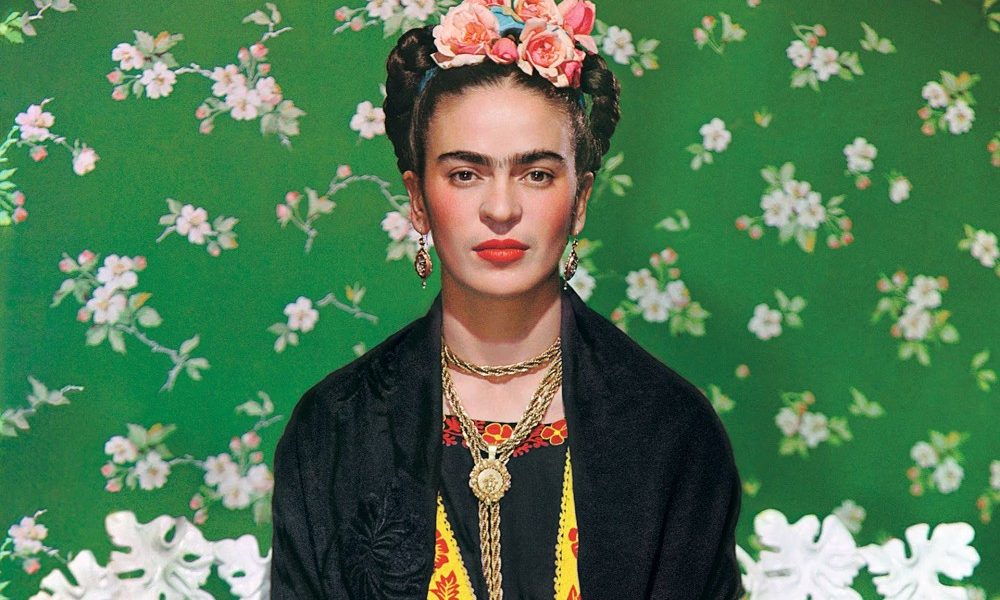 Frida Kahlo was born 110 years ago today, here are some facts you might not have known about her.

Born on July 6, 1907, Frida Kahlo lived most of her genius artistic life in relative obscurity. Her glorious self-portraits and haunting surrealism had its first popular renaissance in the 1970s as the art world began looking for more international examples of canonic art, especially from women. While a far superior painter to her husband Diego Rivera — a fact that he often publicized himself — she lived in his shadow for the majority of her life until her first solo showing in Coyoacán before her death.

From an almost 20-year Frida devotee who has found solace, comfort, and kinship in my study of her life and work, here are some facts you might not have known about this powerful woman:

1) While everyone focuses on her amazing outfits, very few discuss the intensive work that went into creating them. According to Self Portrait in a Velvet Dress, each piece was created by loom, sewn and dyed by hand, all in the traditional styles from where the outfit originated. Due to her demand for these special Mexican textiles she singlehandedly assisted in bringing some of these traditional methods back from the brink of extinction.

2) She was #EffYourBeautyStandards long before women even knew there was a choice in the matter. Everyone knows she didn’t pluck her eyebrows or wax her upper-lip hair, but Frida didn’t shave her armpits or legs either.

3) She designed her own prosthesis boot after her leg was amputated due to gangrene from her childhood injuries as well as the brutal bus accident that shaped the rest of her life. This is one of the most powerful examples of how Frida turned her suffering into something beautiful.

4) Hayden Herrera, Frida’s unofficial biographer, presented evidence in Frida Kahlo: The Paintings that Frida might have had a surgical addiction, and this may have caused her premature death. Diego was a serial cheater and Frida quickly learned that her health issues would bring him running. Toward the end of her life she had a number of unnecessary surgeries she insisted upon against the doctor’s wishes, most likely because she wanted Diego to stay.

5) Diego had an affair with Frida’s sister Cristina. What most people don’t know is that this affair went on for months until Diego dumped Cristina. The betrayal was deep, and it would be years before she’d have a relationship with her sister again.

6) Frida Kahlo despised Paris and Parisians, even though it was one of the few places where her art was appreciated in its own time. She found them pretentious and superficial. Her letters often feature scathing critiques of the French:

“They are so damn ‘intellectual’ and rotten that I can’t stand them anymore….I [would] rather sit on the floor in the market of Toluca and sell tortillas, than have anything to do with those ‘artistic’ bitches of Paris.”

7) Diego was not with her when she had the near-fatal miscarriage that inspired her painting Henry Ford Hospital. In fact, he was MIA for days and the suspicion was that he was having an affair while his wife was dying. This is one reason why Diego does not feature in the Henry Ford Hospital painting.

8) What would have been one of Frida’s most expensive in-life commissions was $400 for a portrait of actress Dorothy Hale, who had recently died by suicide. A close friend to Hale, Clare Booth Luce, asked Frida to create a commemorative portrait. Frida painted Hale’s suicide in stark detail–Luce was livid and refused the painting as well as paying for Frida’s work. The disturbing and stunning work was in storage for decades before being donated to a museum.

9) A recently verified photograph of Frida rocking a sari emerged, to the delight of all her Desi devotees like me. She had been visited by the Indian ambassador to Mexico and his daughters in La Casa Azul. They gifted her a sari and she insisted they dress her in it.

10) This is the last color photo taken of Frida Kahlo before her death in 1954. She died in that very bed: