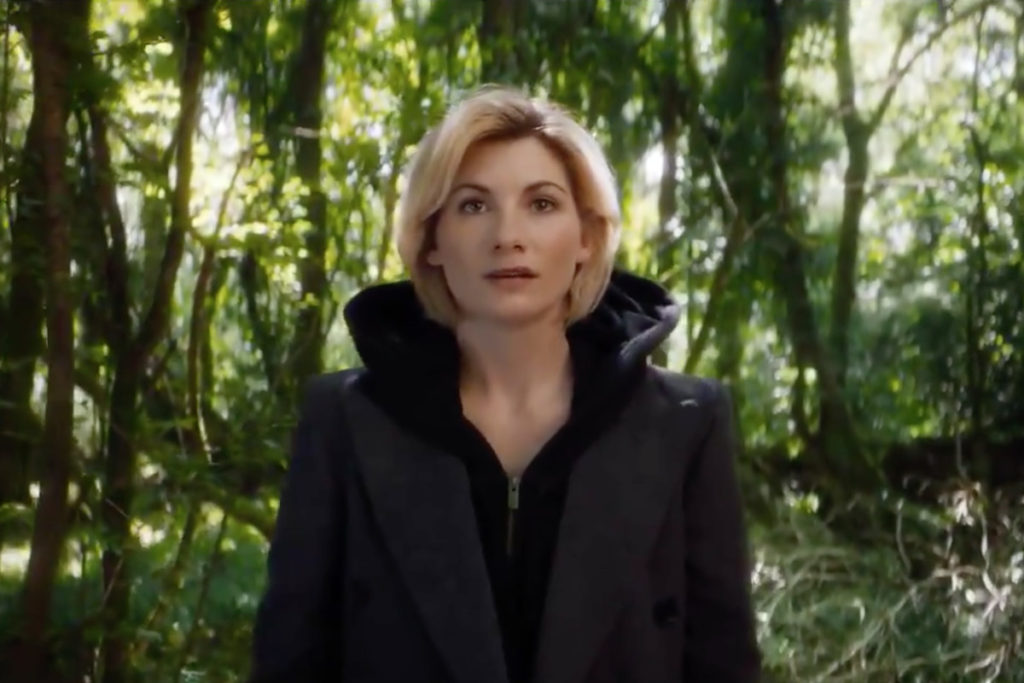 I’m sure Jodie Whittaker will be great as The Doctor, but this was still quite the lost opportunity for some much-needed color representation in a franchise that has only recently been diversifying its main actors.

They did it. After approximately 500 million years of Doctor Who’s time traveling, two-hearted, shapeshifting Time Lord, the 13th iteration will appear in the form of a woman. Hooray! The gender wall in one of Earth’s most beloved characters has been broken. The casting announcement of Broadchurch’s Jodie Whittaker as the new Doctor broke to the sound of men’s rights activists and internet trolls shitting themselves over this most inhumane of travesties, while feminists cheered at the smashing of this one particular glass ceiling.

On the one hand this is a great step forward and a huge accomplishment for women’s representation in visual media–but here’s the thing: even with the gender flip, casting a blonde, cisgender white woman isn’t really all that progressive anymore.

As someone who grew up in post-colonial societies during the 80s and 90s where British television was some of the few readily available visual media, I was raised with the older iterations of The Doctor, his Tardis, and magical screwdriver. For someone who could change his face (sort of) at will and whose gender identity and sexuality was always questionable based on The Doctor’s behavior and antics, it always seemed odd that he continued to be played by an older white dude. When the series picked back up in 2005 and featured younger actors playing The Doctor, it did bring an edge to the series that it didn’t have before, but still it was curious that he’d always reincarnate into a similar-looking person.

I had a feeling that one day a woman would play The Doctor, and my secret hope was that when she did that casting would crush the hegemonic white paradigm that has shaped the show for almost four decades. My imaginary female Doctor since I was a kid was always of South Asian descent — and every time I virtually encountered a new and talented British Desi actress I would swap out the previous South Asian face for hers. Currently, the woman playing my imaginary female doctor is Indira Varma of Sand Stone fame on Game of Thrones, an actress who has also already appeared in the Doctor Who spinoff Torchwood.

In the past I’ve also imagined Parminder Nagra (Bend it like Beckham), Amara Karan (The Night Of), and Archie Punjabi (The Fall), just to name a few. I mean, could you imagine how awesome the costuming and styling could be with a Desi woman Doctor? The opportunities for spicing up the music? And especially now with a queer black companion? Um, beyond amazing.

This intensive daydreaming, world-building, and fangirling on my part has not been solely based on the fact that I’m of South Asian descent myself and would love to see a Doctor who looks like me. With Britain’s long and grotesque history of colonizing the Indian subcontinent — and the extreme racism that Desi communities face even after living in the UK for generations by now — South Asians continue to be extremely marginalized in British visual media.

South Asians are virtually erased from the majority of future-oriented dystopian media, and Doctor Who itself has only featured a handful of Desis in meaningful roles that come with a character name and lines. There’s little that is as creepy as watching visual media about the future and seeing that your own people don’t seem to exist anymore. Long before Brexit, Desis were actively erased from British visions of the future and this is a really disturbing problem.

A South Asian and female Doctor Who would have not only broken through the gender wall, but it would have paved an entire road for more Desi representation in British media as well as normalizing a cornerstone and huge British immigrant community. It would have been a further reaching blow to patriarchal norms when you take into account Desi viewers all around the world, many of whom are much further entrenched in male-dominated societal expectations than we in the West.

Yes, we need a female iteration of The Doctor. But we did not need another white one. We can get our white-women-kicking-ass jollies over at Star Wars, Wonder Woman, Mad Max, and many more. It’s time to start actively moving away from these white savior tropes that have been overplayed now for decades.

I’m sure Jodie Whittaker will be great as The Doctor, but this was still quite the lost opportunity for some much-needed color representation in a franchise that has only recently been diversifying its main actors. It’s time to move away from these white casting paradigms, and the places we should start are in the world’s most popular shows such as Doctor Who. Maybe we’ll have better luck with the 14th Doctor. Or at least now that we have a female-presenting Doctor, we can start getting more equitable representation across the board. I’m sure hoping.