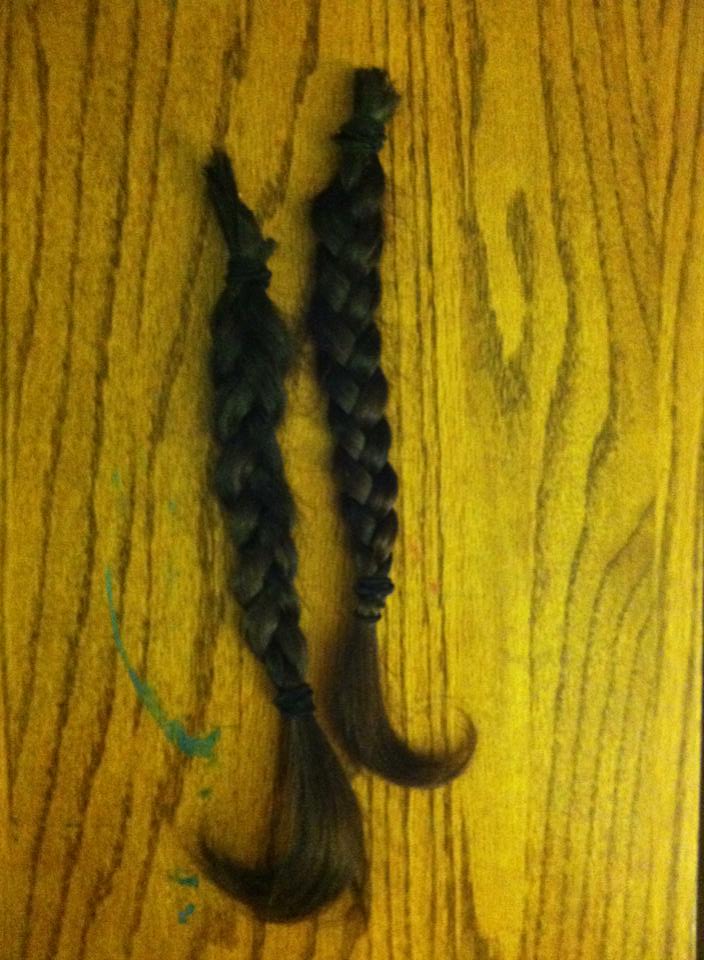 Whenever someone I care about dies I cut my hair. This is a tradition I learned from my (adopted) Lakota aunty, and I’ve been consciously doing it since I met her almost ten years ago. Inadvertently, I’d been doing it my whole life, not knowing it was an ancient mourning rite.

My most recent locks were shed after Whitney Houston’s death, one that’s hit me hard. She was the voice of my childhood. Her songs evoke specific and visceral memories of Thailand, Pakistan, India, California and beyond. My mom and I went to see “The Bodyguard” together, and we used to dance to her songs — so much of my experience of Whitney’s music is linked with my mother.

But, last night, talking to the first friend I’ve made in Boca Raton, I realised there’s more to why I’ve been devastated by her death.

I hold Bobby Brown responsible for her death. He might not have murdered her, but their relationship broke her spirit and she was never able to recover. That puts her death on him.

I relate so much to Whitney’s pain these last few years and I totally understand how she ended up in that hotel room on February 11, 2012.

Being in an abusive relationship is a dynamic that is so hard to understand unless you’ve been there. And I have.

How he breaks down your self-esteem until there is nothing left. How he tells you you’re crazy. That he’s the best you’ll ever get. Nobody else would ever want you. And after awhile, you believe him. He hurts you, and tells you that you deserve it. He wants your light, so you give it to him. He breaks you down and you take it. Because deep down you feel he’s right. That seed of insecurity we all have has bloomed into a weeping willow, it becomes who you are. It’s so hard to chop down because by now, it’s so big. You can’t do it alone, you’re convinced. People want to help, but they don’t know how. In the end, it’s you who has to do the work. But when that tree starts bursting through your skin, your throat, your eyes, you can’t breathe from the pain, you feel so alone, sometimes all that’s left is giving up.

When some spirits break, they can be too fragile to put back together.

While watching Whitney’s memorial I learned how sensitive and insecure she was. She needed so much encouragement, she relied on her faith. Bobby Brown saw those weaknesses and exploited them. Then he left her. She was so much more talented than him, always would be, and so he took it all from her. The human version of slash and burn.

When I was in college I was right there. To this day I don’t understand how I ended up in as violent and abusive a relationship as I did. I’ve always been a feminist, my mother taught me all the signs, the behaviors, I always thought that I was stronger than that. But once he found my insecurities, once I told him about my fears, it was all over. He had all the ammunition he needed to brutalize me for the year we were together. He estranged me from my friends. He controlled what music I would listen to — no Ani DiFranco allowed. He even tried to destroy my academic future.

He told me nobody would ever treat me better. And on that deep down level I didn’t even know was there, I believed him. So I sat back and tried to get comfortable. Because that was what I deserved.

One day he sprained my wrist. I told my friends I fell down in high heels. “Silly me,” I said and giggled. My friend knew I was lying and confronted me. But still I stayed with him.

You’ll never believe that what got me out of that “relationship” was he leaving me because I had become, quote, “Too fucking crazy to deal with.” A few weeks later he changed his mind and wanted me back, but I had participated in Take Back The Night and joined a women’s support group. A snowball’s chance in Hades I’d go back to that bastard.

So, he threatened to kill me. He’d leave disgusting messages on my answering machine detailing how he’d do it. I was terrified to leave my room. Terrified to stay in there in case he got into my dorm.

His final gift to me was destroying all the things of mine he had and strewing them on the lawn in front of my dorm. I heard he left LA after that. But I never stopped being scared.

Last year, he found my blog and left me a slew of irrational, barely literate comments. Even though I was in Europe, I was terrified. Shaking when I told my husband. He continues to message me on LinkedIn, Facebook, wherever he can find me. He says he’s sorry. He asks my forgiveness. I’d like to tell him to go fuck himself, but I just delete his messages and feel sick to my stomach.

You can’t understand what it’s like until you’ve been through it. You (re)live it every day, even though it’s over. You see someone who looks like him and the fear is paralyzing.

Putting the smashed pieces of self back together after abuse is a brutal process, as brutal as what happened. Often it’s easier to escape into a bottle or drugs than to do the work. Because even once you’ve done the work, you still see all the cracks when you look in the mirror. All the invisible scars.

And deep down, you still believe you deserved it, even though way up you know it’s the worst lie ever.

Part of my healing process was writing American Monsters, that’s the truth about the book. Wendy’s death was fuel on an already burning flame of disillusionment, pain, and horror.

Whitney did her best to heal through music. But Bobby had taken her voice. She never really got it back.

Whitney, I hope you are finally at peace. No more pain for you, sister. Nevermore.

As for me, my hair is the shortest it’s been since my familiar Cubby passed away in 2005, after 15 years of being by my side. It’s the same length it was after Wendy’s murder. These mourning locks are not just for Whitney: it is also for the battered me that died and has since risen from the ashes.