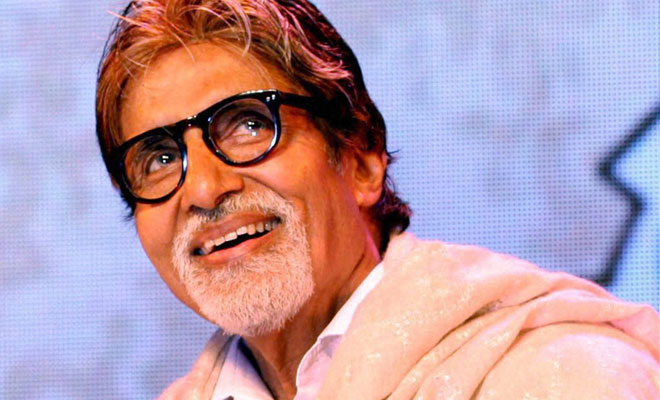 In conjunction with the release of his new courtroom drama Pink, Bollywood superstar Amitabh Bachchan recently released a powerful video blog addressed to his granddaughters, encouraging them to be strong and independent women. Bachchan says:

“…Because you are women, people will force their thinking, their boundaries on you. They will tell you how to dress, how to behave, who you can meet and where you can go. Don’t live in the shadows of people’s judgement. Make your own choices in the light of your own wisdom. Don’t let anyone make you believe that the length of your skirt is a measure of your character. Don’t let anyone’s opinion of who you should be friends with dictate who you will be friends with. Don’t get married for any other reason other than you want to get married. People will talk. They shall say some terrible things. But that doesn’t mean you have to listen to everyone. … At the end of the day, you are the only one who will face the consequences of your actions, so don’t let other people make your decisions for you.”

The feminist nature of these comments are heightened when taking into consideration his new film Pink, which features Bachchan as a lawyer representing three women who were assaulted after a night out dancing at a club. Bachchan’s character says in the film in defense of the three independent women, “No means no.” In an interview with CNN, Bachchan further notes:

“‘No’ is not a word but an entire sentence. It doesn’t matter if the girl is your girlfriend, a sex worker or even your wife; no means no.”

That is one serious mic drop coming from a beloved and respected celebrity, especially one from a country such as India, which has been dealing with an extreme rape problem that lead its Minister of Tourism to issue a travel advisory for skirt-wearing tourists. It’s also as a country that still doesn’t properly recognize marital/partner rape or the fact that a sex worker can be sexually assaulted.

In his CNN interview, Bachchan goes on to say that he believes in pay parity for men and women, and even admitted that his co-star Deepika Padukone in Piku made more than he did, since her role was more prominent.

The film Pink itself reportedly deals with sexual assault in the context of Indian culture in a different way than earlier films: after their day in court, the women pick up the pieces of their lives without being forced out of their families, being forced to marry their attackers or being publicly shunned for what was done to them. Talk about smashing the patriarchy through visual media.

But while all us South Asian feminists were cheering at this huge coup — we all know a powerful way for to shift rape culture is for male role models start championing women’s rights and bodily autonomy — Bachchan was already beginning his backpedal in an interview with The Hindu:

Would you call yourself a feminist?

Someone who believes socially, financially and politically a woman must be on par with a man?

Yes, I’ve always believed that women are 50 per cent of the strength of a nation, so as far as that is concerned, yes. But I don’t categorise it with this word. I just feel that women need to have a status in society; they should be given their dignity, respect and importance.

And we all let out a collective groan. There’s nothing that says “we live in a patriarchy” like viewing “feminism” as a bad word. Clearly, he is a feminist. He believes that women have the right to be treated as full human beings, that they have a right to decide what to do with their bodies and that, when those rights area taken away, there must be justice.

And while feminism as a social framework is far more complicated than this, Bachchan does believe in its foundational ideas. That he won’t identify the particular word “feminist” as the label for his beliefs in many ways undoes all the good work he’s done toward furthering women’s rights in India.

Uncle BachchanJi, your views on consent and seeing women are whole people who deserve equal rights do make you a feminist. Identifying yourself as such will not hurt your career or your family. In fact, standing with feminists as one of us can only help assure the wonderful world you imagine for your granddaughters in the future.By showing other men that you firmly stand with all women, and not just those you’re related to, you’ll be helping shift the paradigm for the struggle for women’s rights and equality in the direction it needs to go.

Coming from you, this would mean more than you imagine. Please, UncleJi, reconsider your position.