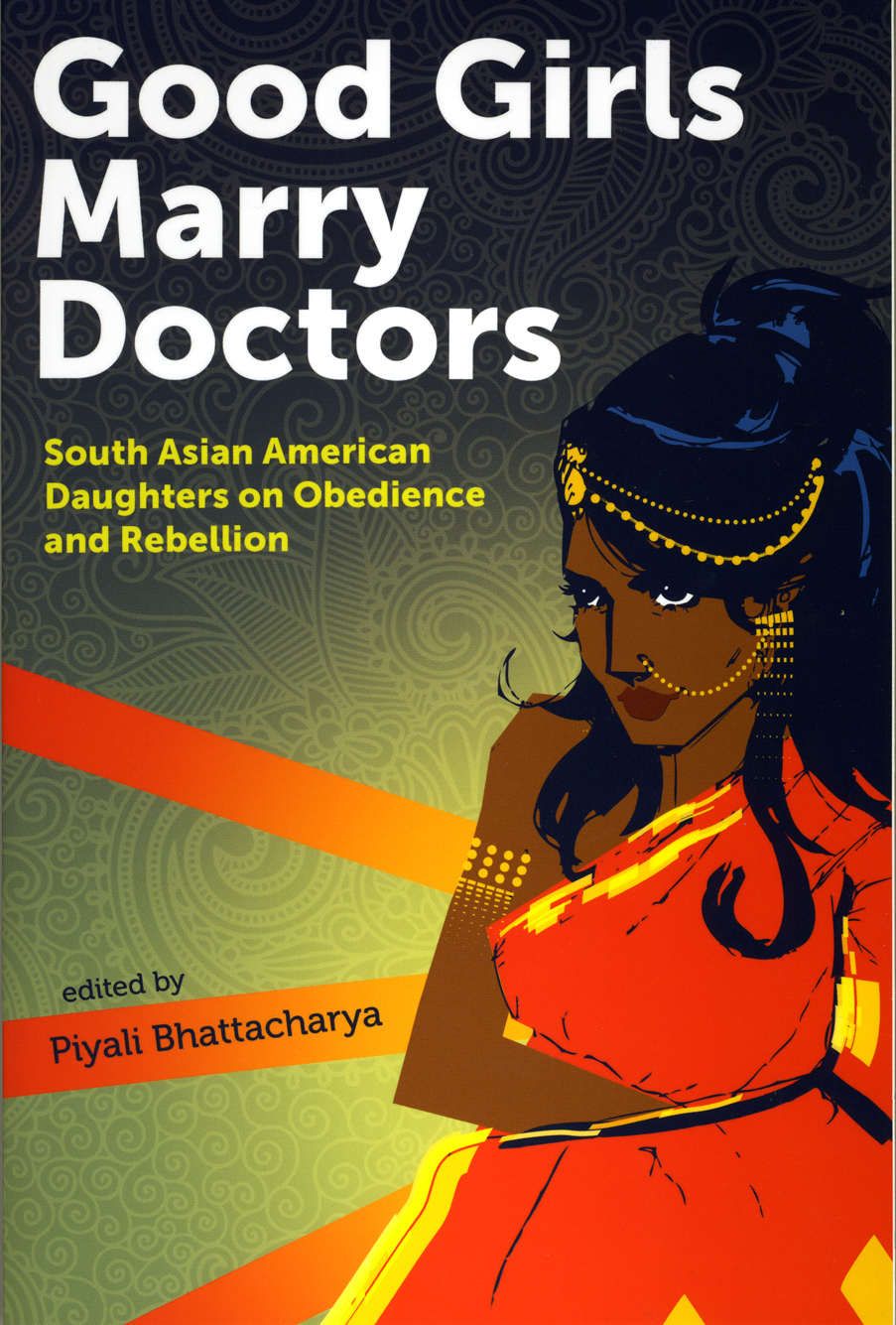 Growing up South Asian American without any representation in film, television or even mainstream books, you become an expert at seeing yourself in the stories of other cultures and races — you don’t have any other choice. You learn to overlook the offensive Asian stereotypes that abound even as they bring you shame by association, because if you don’t, you’ll have even less in common with your black and white classmates.

Outsiders were only cool in the movies. In real life, we didn’t have people to sit with at lunch or got made fun of for our thick eyebrows, sideburns and dark arm and facial hair. No amount of language coding, pop culture references and the right kind of clothing ever had the power to dispel that dreaded question, “Where are you from?” An assumption of otherness always hung over us at school, university, work and beyond. For so many of us, that cloud also followed us home to our South Asian parents, who often didn’t know how much we were negotiating culturally, socially, even racially, from one moment to the next.

Piyali Bhattacharya’s Good Girls Marry Doctors: South Asian Daughters on Obedience and Rebellion was the book I had been waiting to read my entire life. Finally, a book about us. A book that represents us. Us South Asian American sisters who straddled multiple worlds and did our best to find a balance that most of the time was always going to be just out of reach.

Bhattacharya writes in her introduction:

“Good Girls marry doctors, it’s true, especially in the Desi community. What, then, do Bad Girls do? Surely, I reasoned in that moment, Bad Girls write publicly about their parents and guardians. Bad Girls take all the sacrifices their immigrant parents made for them, all the tenderness and support their parents gave up in their homelands, all the toil it took to earn livings and build homes in North America, and twist them into perverted abuses. Bad Girls forget how deeply they have been loved, Bad Girls ignore what it took for them to get the educations they now have, Bad Girls take those fancy degrees and use them to spin spiteful tales of woe about the very people who have devoted every ounce of emotional and physical energy they had towards the Bad Girls’ well-beings.

“At least, that what it often feels like to be writing essays like the ones in this volume.”

While this was the book I’d been wanting to read my entire life, the very act of turning the pages began to feel subversive. I was going to learn about family secrets — maybe some even like my own family’s — and I found myself unexpectedly frightened by the thought of going further. What would these stories reveal about all those other perfect South Asian families I envied when I was growing up in my own dysfunctional blended American and Sri Lankan household?

My Sri Lankan father insisted that I would never be a real Sri Lankan woman — my independence, feminism and lack of submissiveness was proof. My white mother was color-blind to the issues her brown kid was facing, and every time I’d see my American grandmother, she’d happily tell me what a shame it was my mother married a “third-world man” because now I’d never be a real American. I was cut off from my cultures on all sides, forced to learn everything I know about America and Sri Lanka from books, movies, people-watching and discreet conversations with teachers, classmates and friends’ parents. I tell you all this because I’m one of those Bad Girls Bhattacharya talked about, held to standards I was told were futile for me to meet, and yet I was expected to meet them anyway.

If I’d had Good Girls Marry Doctors growing up, I would have found so many of the answers that eluded me until way into adulthood. It would have helped me so much to know that the full-blooded South Asian families I wished I could have been a part of had their own secret dysfunctions, and the South Asian women who were raised in America like I wanted to be had difficulties like I never even imagined as they carved out lives on the margins of mainstream and model-minority society.

Each of the beautifully lyrical essays in Good Girls Marry Doctors takes readers on thoughtful journeys through rebellion and disobedience, as in the book’s subtitle, but also insightful examinations of faith and spirituality, motherhood and the choice to remain childfree, poignant tales of coming out and the battle to follow one’s own dreams when a gold standard for one’s future has already been set. The bravery in these essays is breathtaking and tear-jerking. Peeling back that repurposed sari curtain into South Asian living rooms in North America is the very definition of transgressive, especially with regard to a community of immigrants who pride themselves on presenting themselves as perfect.

“So many of the conversations I had with the people who wrote for this book ended the same way. They’d tell me, ‘It has been such a wonderful opportunity to write about and let go of so many of these pent-up emotions, but the truth is, I’m worried about what will happen if my parents ever read this piece.’”

I wondered the same thing as I slowly made my way through the book. What would be their real-life repercussions for sharing the unspeakable? And even when sharing less dramatic stories of family tension and discord, these acts alone are seen as betrayal enough in the South Asian community.

While every essay had moments of resonance for me, a few in particular stand out. Tara Dorabji’s “Subterfuge: On How to be Obedient While Rebelling” is a beautiful love letter to her wild and mysterious grandmother and how the idea and presentation of rebellion changes from generation to generation.

Surya Kundu’s “Modern Mythologies” is a lyrical essay that interposes scenes from The Ramayana with her own family’s journey out of India and into their American life. Using the complex women of India’s heritage Sita, Durga, Kali and others, Kundu powerfully melds where the east meets the west through her own Indian American body. Glorious.

Fawzia Mirza’s “The Day I Found Out I Was a Witch” is a powerful coming-out story and marvelous testament to how immigrant women can adopt socio-cultural archetypes, like witches, as they develop their South Asian and American identities. Mirza writes:

Nayomi Munaweera’s “‘The Only Dates Are the Ones You Eat’ and Other Laws of an Immigrant Girlhood” is a raw and moving essay about her illicit romance with a Tamil man and how that subversive act by a Sinhalese woman ripples outward into the Sri Lankan community. Being the granddaughter myself of a Sinhala-Tamil love marriage that took place decades ago, through Munaweera’s essay I found new insight into what my Seeya and Achchi must have gone through to establish their own life together.

Hema Sarang-Sieminski’s “Amma” and Natasha Singh’s “Cut” are two of the bravest essays I’ve ever read in my life. They deal with the childhood abuses they survived with a stunning amount of compassion and awareness.

I especially appreciated how Bhattacharya, as editor, made the narrative decision to not italicize words in other languages. What a beautiful way to show that for immigrant families, a dosa can exist alongside a cheeseburger, a kurta next to a miniskirt, and colloquialisms in Bengali, Urdu, Hindi and Sinhala can be spoken before or after Americanisms without anyone batting an eye.

When I first heard about this book I thought diving it would be like looking into a mirror, seeing aspects of my own life as a South Asian daughter reflected back at me. In the end, I realized I wasn’t so much looking into a mirror, but rather peering through intimate windows into the lives of other South Asian daughters who defended their places in their respective communities, even if it wasn’t the place their families had hoped or expected of them.

While reading these essays and meditating on the experiences of these incredible women, I started to understand that it’s not too late for me and other similar-feeling interlopers to forge a place within the sisterhood of our South Asian American comrades. Because above all the pain, and sorrow, and anguish many of us South Asian American women live with daily on account of our complicated childhoods, Good Girls Marry Doctors is a beacon for our own sub-community within a minority. Good Girls Marry Doctors shows us that there is great strength in numbers, as well as the magical things that can happen when groups of women come together to share their stories. I think we can agree that all most of us ever wanted in our childhoods and beyond was to not feel so alone and Good Girls Marry Doctors accomplishes this marvelous feat perfectly.

Why Are Awards Shows Still Even A Thing?
Loading Comments...