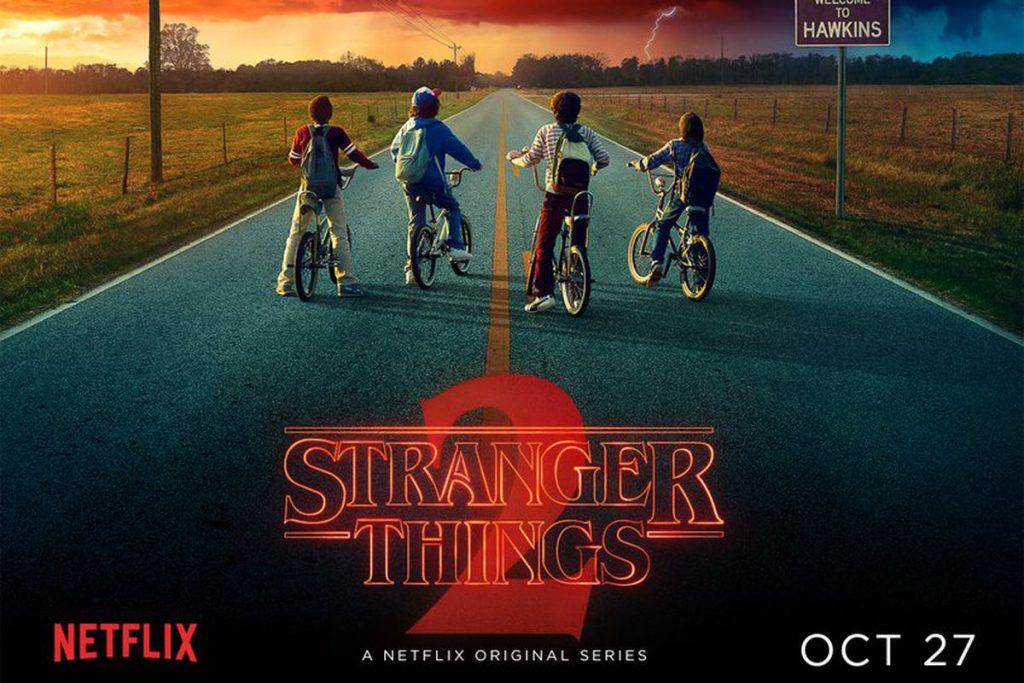 IN SPITE OF THIS BEING A TERRIFYING MONSTER STORY AND A CAUTIONARY TALE ABOUT MESSING WITH THE VERY FABRIC OF OUR TIME AND SPACE, STRANGER THINGS 2 WAS FAR MORE LIFE-AFFIRMING AND BY THE END WORLDS LESS BLEAK THAN ITS PREDECESSOR.

When Stranger Things was the breakout Netflix hit of 2016 it was with a great deal of criticism over its treatment of women as well as lack of diversity. A pointed Saturday Night Live sketch poked fun at the fact that somehow the showrunners “forgot” to include scenes from the one young black character’s family. And many viewers pointed out the troubling male gaze that drove the show as well as its sexist treatment of its few female characters. This was not a production that even remotely passed the Bechdel test. #JusticeForBarb

Color me surprised when Stranger Things 2 came straight out the gate, immediately addressing all the critiques that had been leveled against it and doing the work to improve on their past flubs. From superpowered Kali/Eight (Linnea Berthelsen), skateboarding gamer and new girl Max (Sadie Sink), to Lucas’s little sister Erika (Priah Ferguson) and his awesome mom (Karen Seesay), the new women of Stranger Things are each exercises in badassery and self-efficacy.

All of a sudden, whole episodes begin passing the Bechdel test, and the town of Hawkins feels more real than ever with so many new faces of color who play significant roles in the story throughout its telling. The effect is marvelous and a perfect example of how more diversity and inclusion only makes a narrative better. This is only the second time I’ve seen an 80s-inspired narrative with a South Asian woman, and my heart was so full watching Kali be amazing on-screen. I can’t wait to see all the Halloween costumes and cosplays inspired by this new queen, and I’ve never looked forward to news of a third season so much.

But the Duffer Brothers didn’t stop there. Where Lucas (Caleb McLaughlin) was the only black character in season 1 and was often marginalized by his nastiness towards Eleven (Milllie Bobby Brown) and grating personality which had no context since we never met his family, Stranger Things 2 not only fleshes Lucas out better through his parents and amazing little sister, but the story shifts in an organic way to him being the romantic interest. In a narrative that is still dominated by white people and their stories, Lucas’s role this time around felt like a creative coup. I think the Duffers might have also taken cues from Issa Rae’s Insecure cinematographer on lighting darker skin tones because Lucas wasn’t blending into the nightscapes like he was in season one. Thank you.

Proper representation and inclusion matters. So much.

Still, the Duffer Brothers weren’t done there. For some the 1980s are an era that sparks an overwhelming sense of nostalgia, and the Duffers certainly capitalize off this in both seasons. The big-haired and neon fashion, the music, and charming lo-fi tech create a particular backdrop that inspires fond reminiscences of days when kids were free to play outside and our world seemed better put together than now. But for others, like Will Byers (Noah Schnapp), his family and friends, the 80s instead become the original site of major traumas, childhood and otherwise, many of which will haunt them for the rest of their lives.

Stranger Thing 2 does not shy away from discussing and unpacking the traumas that everyone went through last year, and most especially Will who is in the acute throes of PTSD. Even though Will’s Doctor Owens (Paul Reiser, playing an actual good guy for once) notes that post-traumatic stress disorder is still something they don’t fully understand, his presentation of the symptoms is exactly as we know it to be today. And his thorough explanation of the “anniversary event” with affect to PTSD is timely and important given that so much of the language we use to describe mental health issues has been hijacked by internet trolls, Nazis, and white supremacists. Including nuanced presentations of the many forms of PTSD in the context of Stranger Things 2 could be a positive step forward in reclaiming the language of trauma so that all those currently suffering from PTSD can talk about their experiences, and begin the healing processes.

The shadow monster that takes over Will is a perfect trauma for living with PTSD: it often feels like a demonic possession in which you’re not in control of your own body or mind. It hurts, it’s ugly, and it’s really hard to cope with oneself as well as watch someone else go through it (i.e. secondary trauma or secondary victimization).

And Stranger Things 2 even goes so far as to present different levels of trauma. Will and Eleven have major and repeat trauma events that have shattered and rebuilt them both in different ways. But the new season also talks about accumulated and long-term trauma showed in Max’s abusive stepbrother Billy (Dacre Montgomery) and stepfather (Will Chase), which is less a grand rupture and more of death by a thousand small psychological cuts.

I watched Stranger Things 2 from the front lines of my own anniversary event—October 28 is the day I witnessed my friend’s murder in a random gun crime. It was difficult to watch Will and his family suffering so much, and seeing my still-raw pain reflected in their faces is always a bit of a shock. But my time in Hawkins was a meaningful catharsis that has helped me process my own great trauma anew and get a couple of steps closer to fine. Like the good doctor said, baby steps.

While I’m hard-pressed to pick a favorite thing about Stranger Things 2, especially with my new Patronus Kali in the mix, right up at the top is the fact that unlike the first season where women were disbelieved, demonized, and actively marginalized for the things that they knew to be true, the second season finds each woman with a team of people at her back who believe even the strangest of true things. And there will finally be justice for Barb. Praise be.

In spite of this being a terrifying monster story and a cautionary tale about messing with the very fabric of our time and space, Stranger Things 2 was far more life-affirming and by the end worlds less bleak than its predecessor. I hope that all the other showrunners receiving the same kinds of criticisms of racism, sexism, and more that the Duffers started out with will follow their lead in learning from their errors and taking grand leaps like Stranger Things 2 to self-correct. This is what allyship looks like, and I’m surely not the only one who is so grateful.