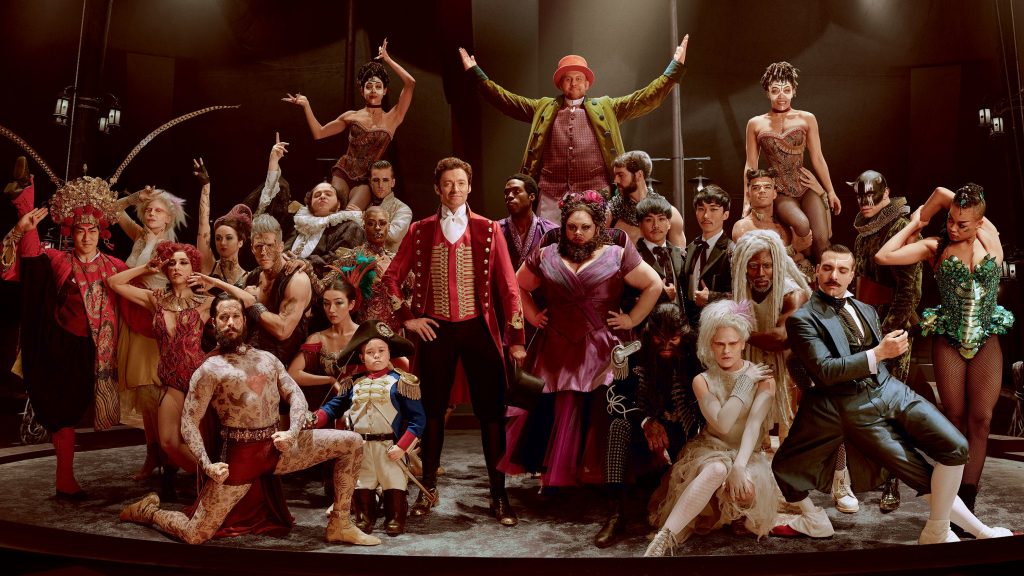 P.T. BARNUM WAS A WICKED MAN, AND DESERVES TO BE REMEMBERED AS SUCH.

Every so often pop culture affords us the opportunity to subvert a paradigm, promoting diversity and inclusion through storytelling—the upcoming “A Wrinkle In Time” and “Ocean’s Eight” are perfect examples. But unfortunately and most of the time, like in Hugh Jackman’s new biopic “The Greatest Showman”, visual media not only upholds systemic and structural inequalities but goes even further to whitewash over terrible history and evil deeds.

“The Greatest Showman” presents the founder of the circus P.T. Barnum as a charismatic hero, framed in multiple love story narratives, as we follow his creation of his so-called Greatest Show On Earth. While multiple accounts of Barnum’s real-life personality do indicate his commanding stage presence and business smarts, “The Greatest Showman” appears to gloss over and omit the laundry list of cruelty, misinformation, and exploitation upon which Barnum relied for his capitalist circus and sideshow projects.

Step right up for a reality check about P.T. Barnum.

While historians can claim that Barnum made space for the disabled and atypical to work within their physical means, Barnum’s advent of the “freakshow” did not work to promote anti-ableist human rights. Instead, he further marginalized and othered them by framing them as those who are not like “normal” people—he displayed them in ways to heighten their perceived monstrousness and physical difference.

The people used as human displays were taunted and verbally abused by spectators, and they were mistreated behind the scenes as well since they had no power to demand equal or even fair treatment to able-bodied carnies and visitors. The “freaks” were not considered equals to the “norms”, a fact that “The Greatest Showman” has conveniently overlooked. Often these sideshow performers were indentured servants to the Big Top, since their weekly wages were subsumed into Barnum’s money-making machine to cover lodging and food when touring the country.

Barnum profited off of disadvantaged people, and paid out to the already-entitled like himself. He peddled in fomenting fear, disgust, and hatred of perceived physical and social differences, and especially disabled sideshow performers. There is nothing romantic in this level of capitalist exploitation. It’s an exercise in pure despicability.

Worse, many of these human “exhibits” were outright shams courtesy of makeup, wigs, and light design. Barnum was one of the founders of fake news, and after he purchased Scudder’s American Museum he turned it into a platform to disseminate hoaxes as truth such as the Feejee Mermaid (a taxidermied monkey’s head attached to the body of a fish) and Tom Thumb (a child who Barnum claimed was the smallest man on Earth), alongside evidence of human “oddities” like albinos, bearded women, giants, fat people, and “exotic” tribal peoples from faraway lands who were fetishized on display.

This great showman also had a penchant for putting Native and African tribal peoples on display with staggering amounts of misinformation, including cannibalistic practices, bloody religious rituals, and other lies about the perceived beastliness and savagery of non-white people. One particular example stands out: Barnum acquired a black dwarf with microcephaly and created an imaginary language for the “man monkey”—Barnum’s own phrase—to speak that would further exoticize him for mostly white audiences.

Barnum may have been America’s first dignified showman, but the people whose lives and deaths he exploited for money were offered no such reciprocation.

Some credit Barnum with the origins of the animal rights movement, since he allowed small-town Americans to see and experience animals that they would never have an opportunity to do otherwise. But this link is superficial at best and a damaging myth at worst. Barnum’s goal was to make money, and animals were often kept in too-small cages when on the road and were trained with horrific corporal punishment and other kinds of abuse.

Later in life when P.T. Barnum ran and won for political office on the platform of slavery abolition and the Thirteenth Amendment, in the past he did in fact own slaves. In fact, he used one of his slaves, a woman named Joice Heth, to promote another of his hoaxes about a plant that could turn black skin white. By this time, minstrelsy—otherwise known as blackface—was a common and popular act in Barnum and Bailey’s Greatest Show On Earth that did its best to uphold American white supremacy.

P.T. Barnum once said, “A human soul, ‘that God has created and Christ died for,’ is not to be trifled with. It may tenant the body of a Chinaman, a Turk, an Arab or a Hottentot – it is still an immortal spirit,” and yet his Greatest Show On Earth was unable to apply this principle belief in any practical or concrete way. This was also the man who coined the phrase “profitable philanthropy” when he said: “I have no desire to be considered much of a philanthropist…if by improving and beautifying our city Bridgeport, Connecticut, and adding to the pleasure and prosperity of my neighbors, I can do so at a profit, the incentive to ‘good works’ will be twice as strong as if it were otherwise.”

Barnum was a veritable conman who got rich exploiting other human beings even when he claimed to be helping them. His benevolence was purely self-serving. You’d think this actual history would be perfect considering the current political climate in America, which currently has a similar figure—minus the charisma—in control right now. Instead, the film’s creators opted to rewrite Barnum’s history and gloss over the deplorable things he did during the course of his lifetime.

Barnum’s life and work would have been more accurately presented in the context of a horror drama, not a romance musical. It’s an insult to everyone Barnum took advantage of in his decades as a showman that his legacy of ableism, racism, animal abuse, and more would be so sanitized and divorced from reality and history as Hollywood has just done. P.T. Barnum was a wicked man, and deserves to be remembered as such.