I don’t know about you, but if I came from a culture of slave-owning, racist torture-mongers and rapists I’d be ashamed as all hell about it and would apologize every single chance I got.

Well, clearly I’m not from the Deep South — a phrase that now strikes dread in my heart and makes my belly convulse.

For years, and I’m not entirely sure why (past life maybe?) I’ve had an obsession with Savannah, Georgia. I even have an alter-ego named Susannah Merryweather, who’s from Valdosta, Georgia, but lives in Savannah. In 1885, mind you. She doesn’t talk like Georgians of today. She’s got the old accent; it’s rather eerie when she emerges from my Wisconsin-Sri Lanka hybrid mouth.

Since it’s the first year my husband’s been at his job he only gets one week of vacation, and we took the seven days on an east-coast road trip to St Augustine and Savannah. As I’ve already written about, St Augustine proved to be one haunted mess of problematics: glad to have seen it, more glad to have left.

But I still had high hopes for my Savannah.

Until the very moment I arrived in its embrace, that is. 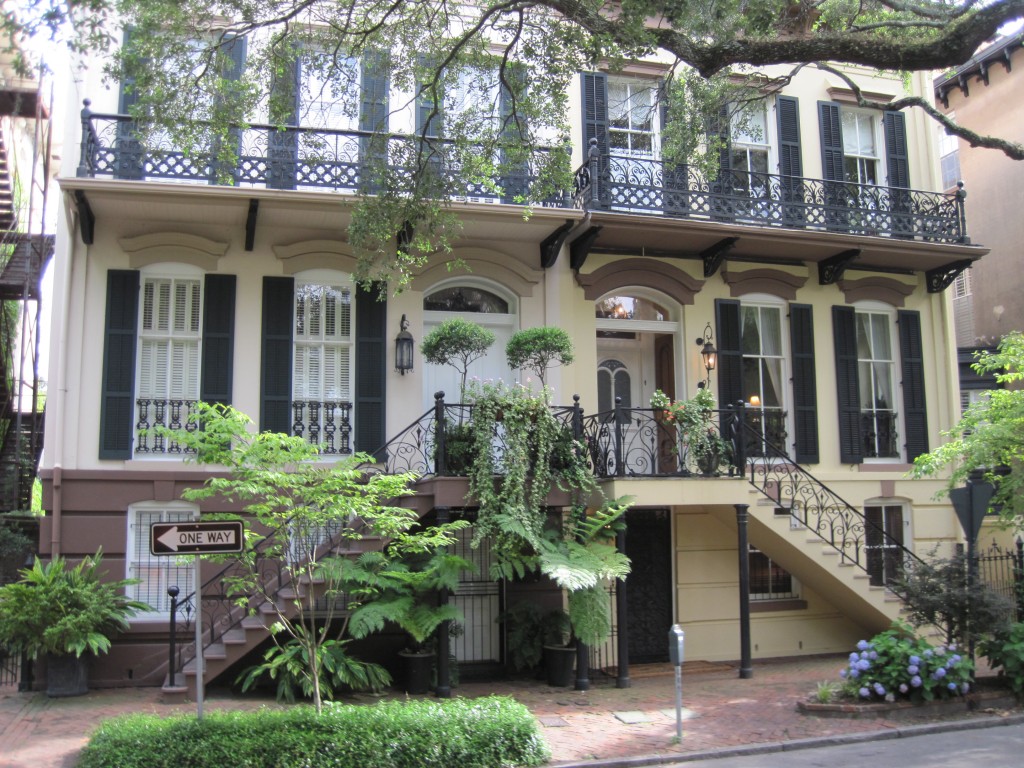 The Spanish Moss-covered live oaks lining the trees and squares is pretty indeed. Picturesque. But the city itself appeared to be mostly residential. The very definition of a sleepy, sultry southern town in a Flannery O’Connor story.

Where was the life? I wondered. The enchanting energy? Things to do? Absent.

The city boasts twenty-plus parks, but other than statues honoring mass-murdering, slave-owning, rapist piece of shit Confederate generals and soldiers, there was nothing *in* the parks. No cafes. No restaurants. No galleries. A whole lot of nothing.

After finding the very sparse high street, and realizing there was a grand total of two restaurants in which I could eat (southern food is a gluten fest, breaded, fried and then breaded again), I knew that the situation was all wrong. This couldn’t possibly be the city I’d been obsessing over for years! I had to be missing something!

A local pointed us to a Irish pub where non-tourists hang out, Murphy’s Law. At least it had good music, but being like all Irish pubs was basically indistinguishable from the next. While there I had a terrible feeling that something bad was going to happen and proceeded to put my credit cards, cash, ID, iPod and other valuables in my bra and pockets. My husband finally did the same even though the bartender said it was safe to walk around at night.

The next morning at breakfast I read in the paper — alongside stories of Paula Deen supporters taking to the street demonstrating against all those pesky northerners who don’t take kindly to casual racism — that two tourists had been held up at gunpoint, and one shot and killed just a few blocks east of where Hubs and I had been the night before. The murderer took off and was still at large.

And with that, my obsession with Savannah just up and POOFED. Gone.

My anxiety levels went through the roof despite all the homeopathic calm drops I was gnawing on like no tomorrow. Telling the story to a sister-friend she said that I must have heard the spirits, who were kind enough to look out for me and protect me. Thank you, Spirits. I left you some tobacco in gratitude.

Hubs and I decided to stay for the day, do the tour, and leave the next morning rather than hang around three more days.

So, we’re on the tour and I’m feeling ill as all hell. Empaths really don’t do well in tormented places. At all. And within five minutes the bus is stopped. Why? A mothereffing funeral procession. They were bringing the coffin from the hearse into the church. My heart leaped into my throat, I couldn’t breathe.

The last funeral I attended was my darling Wendy’s.

Okay, Savannah. I get it. You want me to go. I don’t belong here. Point well made. Point damn well taken.

The city tour brought that point home over and over again.

The Civil War doesn’t exist in Savannah. It’s “the war between the states”.

Oh for God’s sake, just go ahead and call it “the war of northern aggression”, you know you want to, Georgia.

Overwhelming was the sense that the good old days of slavery were missed, not just by those who wrote the tour guide script, but by many of the southerners on the tour. All the homage to Confederate notables throughout the city at first was weird, and then became downright disturbing.

As in St Augustine with the Timucuan, the Yamacraw Indians were virtually wiped out after helping the settlers. And in the early 1800s Georgia boasted 407,000 kidnapped African slaves.

You can see the cotton mills in which they worked and the Cotton Repository in which their labors would be sold at auction. All this relayed to us as if those were the good old days.

My jaw was tired from constantly falling on the floor. My stomach hurt from the hauntedness of the place that was again being whitewashed by pithy anecdotes about the colonial history.

I knew about the horrors of slavery. I have a vivid imagination for history. But being in an actual place where it happened was a horse of a very different color. Hearing the term “colonial” at all makes me shiver now, the context upon which those colonies were built hits home in a more physical way after walking around Savannah’s streets and absorbing the pain of the tortured souls still trapped there.

There’s not enough sage in the world to cleanse this country of its evils.

And I never in my life would have been so grateful to be returning to my corner of Florida, upon which no Indians were harmed in its making and no slave history haunts its present having been uninhabited swampland until the 1950s.

Fuck Confederate pride. And that’s all I’ve got to say about that.

Did I mention that the bench on which Forrest Gump’s ass parked was a part of the “historic” Savannah tour?